Francis is one of around 80 Ministry of Health (MoH) staff on a regional two-day training workshop set up in conjunction with International Medical Corps as part of the SNAP program – a five year project implementing the Preventing Malnutrition in Children Under 2 Years of Age Approach.

Having worked for International Medical Corps from 1999 to 2005, and now for the MoH in Kailahun district, Francis says ongoing capacity strengthening is a vital part of his job today – but his working environment has not always been so secure.

At the end of the civil war, Francis was part of the International Medical Corps team that was flown into Kailahun District, the rebel stronghold in eastern Sierra Leone. International Medical Corps was the first NGO to start working in the area – providing healthcare for ex-combatants, including many children, as soon as the rebels started disarming.

“The training that International Medical Corps has given me since I started working with them has always been very important to me – it’s meant I could do my job in some situations that were very difficult,” says Francis.

To meet the enormous demand among the local people and large number of refugees in the region International Medical Corps set up two Primary Healthcare Units (PHUs) in the town of Daru – one for ex-combatants and one for local people and refugees – who had often been their victims.

“International Medical Corps found a local man who acted as our public relations officer – a go-between who went  to talk to the rebels to sensitize them, assess their medical needs and explain that we had come to provide treatment for them,” explains Francis.

“It was very difficult but we had been well trained by International Medical Corps. We were prepared. We knew they (ex-combatants) could be violent but we had to stay calm and encourage them to get treatment,” says Francis.

“Sometimes, when we treated someone, (ex-combatants) would say we were not giving them the right medicine. They claimed that we had been sent by the government to kill them. But you had to stay calm and encourage them…. explain that we were providing medical care so they could get better.”

During the war many people in the area fled to the bush to escape the violence. Daru and the surrounding area were under control of Revolutionary United Front Fighters and there was no provision of official healthcare. International Medical Corps arrived to be met by a population that had been stranded in the bush without medication and often without food.

Peter also worked for International Medical Corps in Daru between 1999 and 2004 and emphasizes the importance of establishing two separate clinics to ensure that refugees and the local community never came together with the ex-combatants.

“The ex-combatants were difficult to treat and in critical need. They were scared and traumatized. Some were sick and many were wounded, they had wounds that had needed treatment for a long time,” Peter relays. 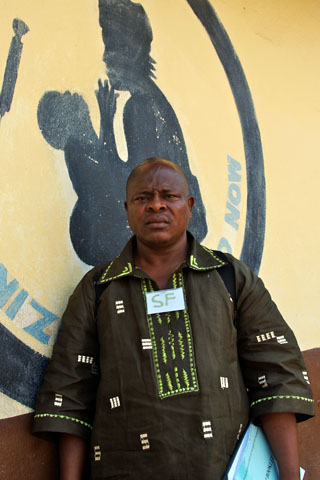 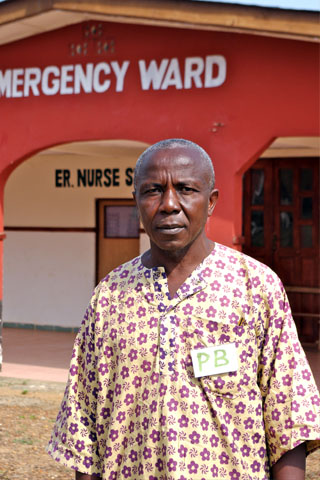 Each PHU would see up to 100 patients a day, who would be screened and then given drugs which were crucially kept in constant supply. The PHUs established by International Medical Corps in Daru are now run by the MoH and still provide vital healthcare for local people.

“I gained a lot from working with International Medical Corps – both through training and experience – they have given me a career where I can help people – that’s important to me,” says Francis.

Amid a brutal civil war in Sierra Leone, International Medical Corps arrived in 1999 to deliver lifesaving emergency medical services – and has remained a key player in rehabilitating the health care system after the war ended. The organization’s services in the country have included primary and secondary health care, nutrition, maternal/child care, mental health care, water/sanitation and training.