When Hajar first met with Dr. Hamza at International Medical Corps’ hospital in Azraq Refugee Camp, she thought she was losing her mind. For two years, she had been severely anemic, constantly tired and often confined to her shelter. Ordinary tasks such as food shopping, spending time with her family or going to the toilet had become a struggle. But Hajar was also haunted by an unspoken agony—an overwhelming feeling of shame. 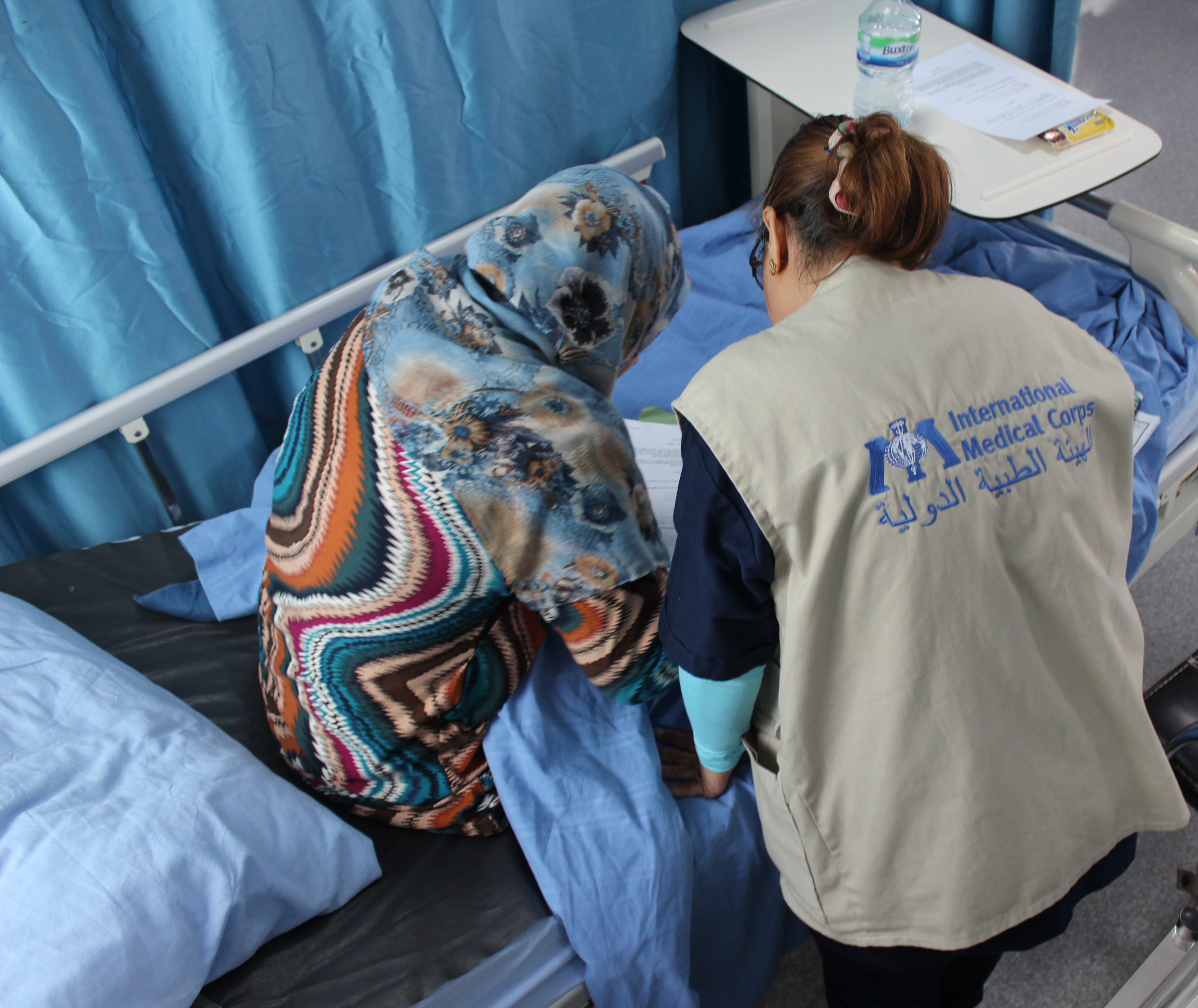 Hajar, a 39-year-old refugee from Homs, Syria, is not an ordinary patient. As soon as Dr Hamza examined her, the reason for her anemia and fatigue quickly became clear: a very large fibroid—a benign tumor—was growing inside her womb. It was large enough for people to believe that she was expecting another child. No wonder that seemingly ordinary tasks had become so difficult. 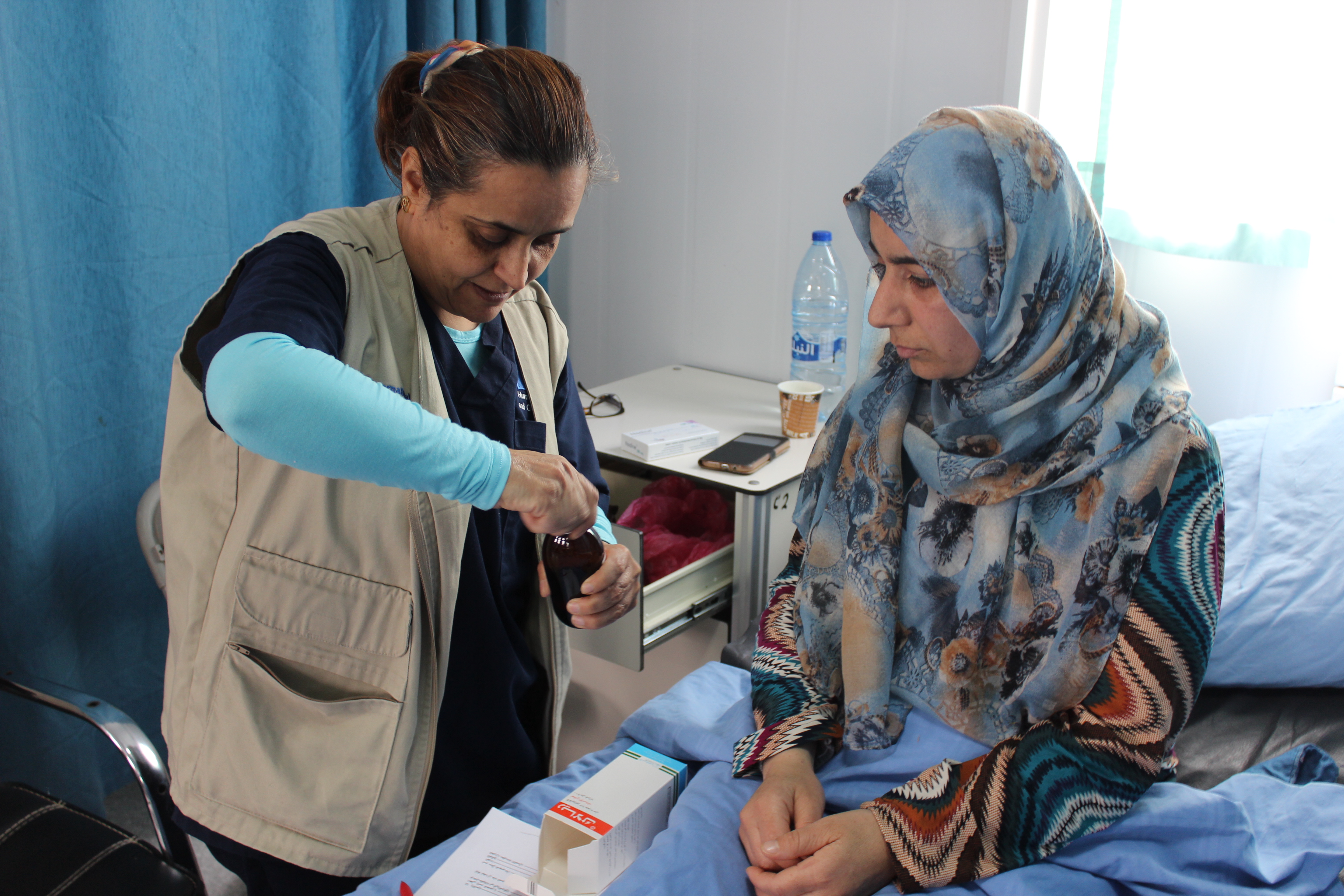 Hajar’s condition, however complicated, had to give way for more urgent cases at Azraq Refugee Camp, constrained by limited aid and seemingly unlimited need. Hajar was stuck—she was not sick enough to be put forward for surgery, but was so unwell that she could not live a normal life. And things were getting worse. As the tumor grew, it required more blood—leaving Hajar tired to the edge of desperation. 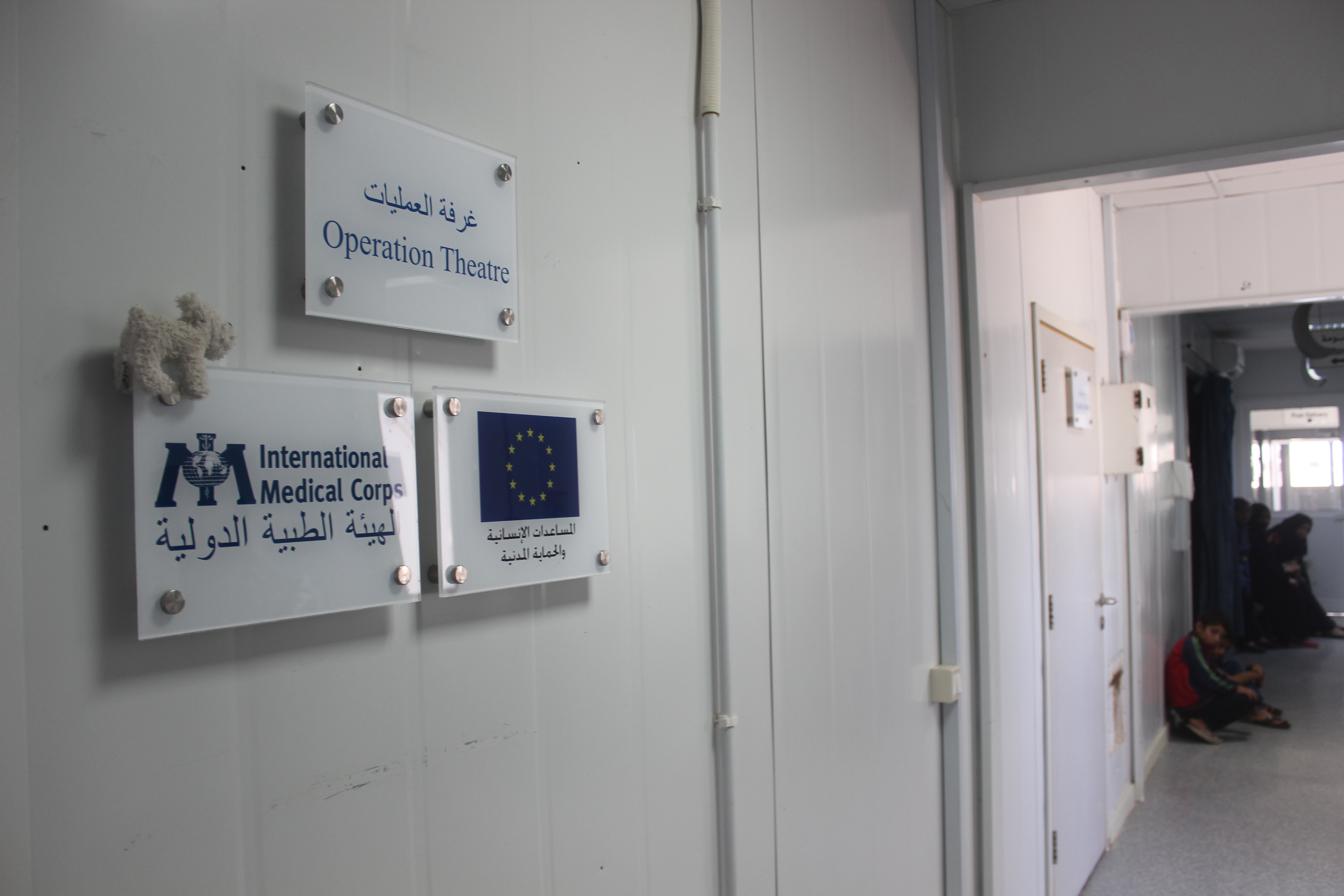 It was not until European Civil Protection and Humanitarian Aid Operations (ECHO), by request of International Medical Corps’ hospital manager Dr Hamza, stepped in and gave the green light that Hajar finally received the treatment that she needed—and deserved. 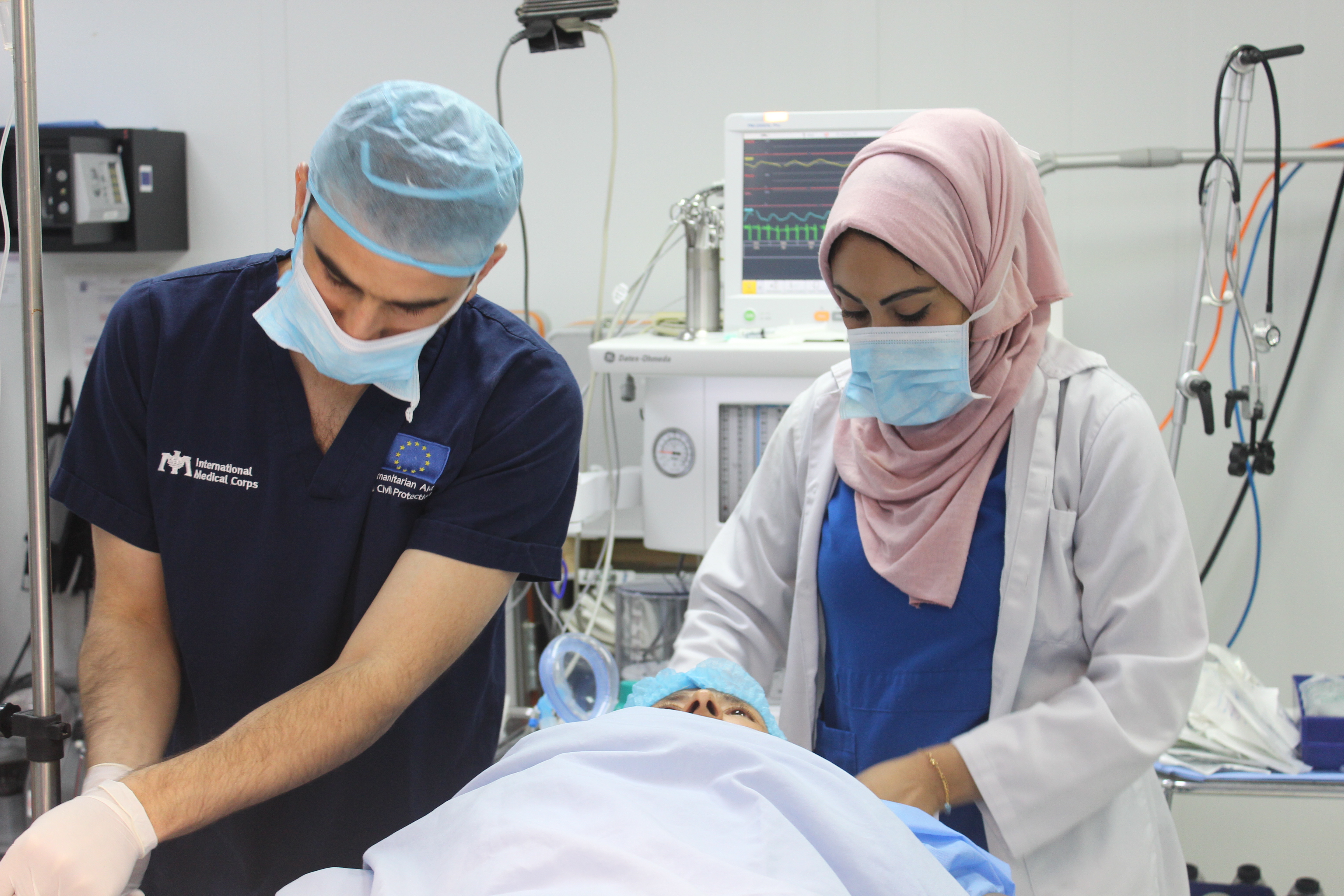 Two days after her surgery, Hajar was already up and walking, on her way to a speedy recovery. 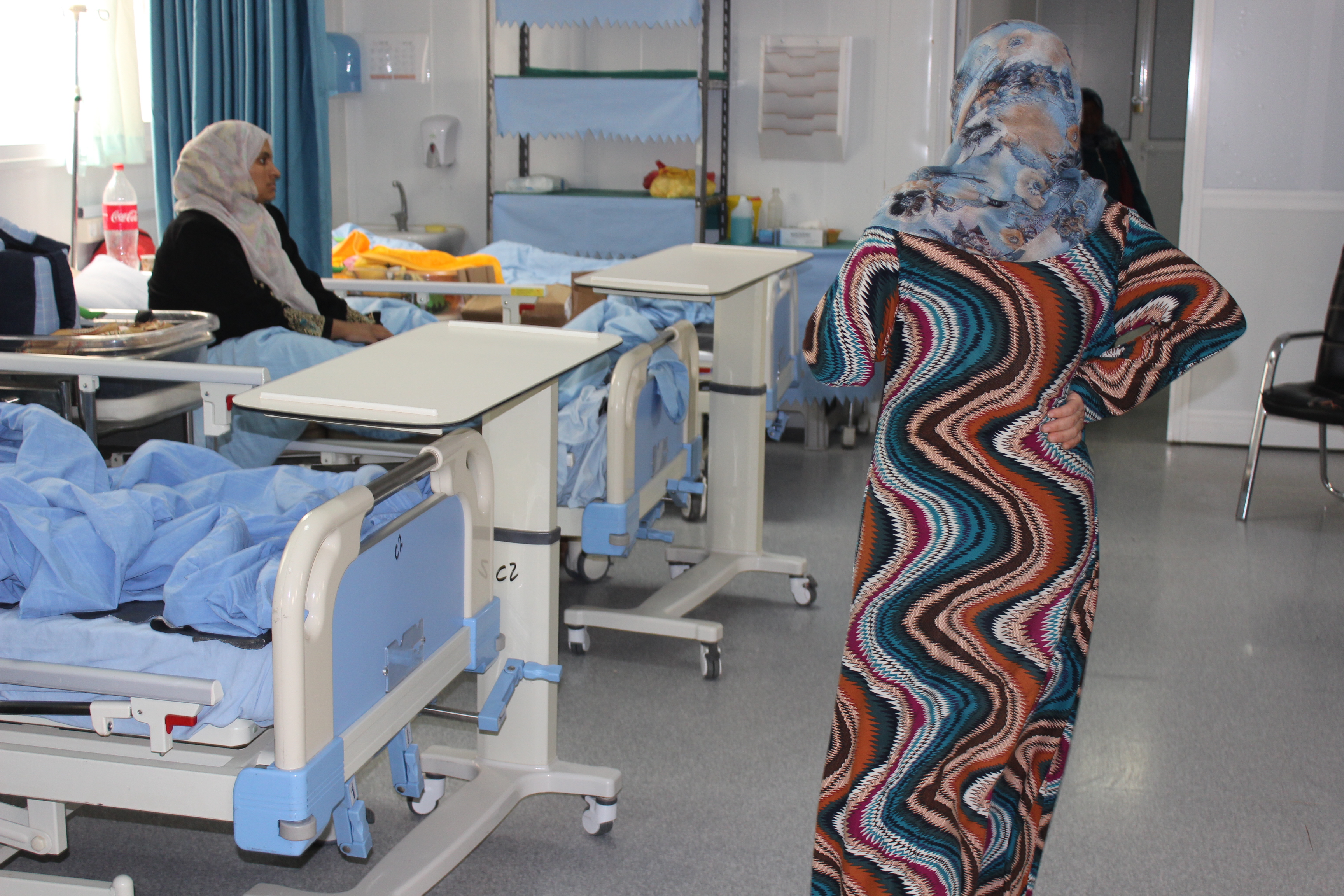 Hajar’s surgery is a testament to how large-scale aid truly can deliver life-changing impact on a small scale. Hajar’s intervention will not only benefit her health and well-being; it serves a greater purpose, too. Because Dr. Hamza wants more women to get the help that Hajar did, he encourages his patients to speak to their community about the services the hospital provides.

This will go a long way toward breaking taboos and addressing silent struggles like the one Hajar faced. There is no need for women like Hajar to suffer in silence anymore.