Conflict, Hunger and Disease in Yemen

Yemen’s civil war, now in its seventh year with no immediate hope of peace in view, is driving residents of the Middle East’s poorest country deeper into misery.

Already struggling to control communicable disease and chronic malnutrition when the civil war broke out, Yemen today is seen as the world’s worst humanitarian disaster. Since the start of the war, more than 100,000 have lost their lives as a direct result of the conflict, while 131,000 others are believed to have died from indirect causes such as starvation and disease.

Children have suffered especially, with 2 million under age 5 classified as acutely malnourished and living in near-famine conditions. A United Nations report in early 2019 concluded: “Yemen now risks losing its youngest generation to a vicious cycle of violence, displacement, poverty and illiteracy.”

Beginning in spring 2017, the country endured the world’s largest cholera outbreak in recent memory, with more than 1 million suspected cases reported before the end of the year. Between January 2018 and September 2019, an additional 991,000-plus suspected cases were reported.

In this challenging environment, International Medical Corps serves areas of Yemen with some of the most pressing humanitarian needs, even though widespread damage to existing infrastructure has restricted access to many areas. More than half of Yemen’s health facilities no longer function, and—with the government unable to support the country’s health system—only outside assistance prevents it from total collapse.

Support our efforts in Yemen and around the world. Donate now.

In Need of Assistance

Conflict, Hunger and Disease in Yemen

The Middle East’s poorest country before the war began, today Yemen ranks among the world’s worst humanitarian disasters, with some 24 million of its 29 million people in need of some kind of emergency assistance. More than 3 million have been displaced internally within the country. Health authorities have struggled for years to control chronic malnutrition in Yemen, but the ongoing civil war has caused food security conditions to worsen dramatically.

International Medical Corps currently maintains a staff of more than 200 in the country. We manage our response from a main office in the capital, Sana’a, with sub offices in Ibb and Aden. From these three offices, we serve communities directly affected by the war in seven of Yemen’s 23 governorates: Sana’a, Amanat al Asimah, Ibb, Taizz, Aden, Lahj and Al Dhalea. We also work to strengthen existing local national institutions, providing them with supplies and training that enable them to continue functioning.

Drawing from our experience responding to armed conflict and natural disasters in more than 80 countries since 1984, International Medical Corps supports and strengthens local national healthcare staff by providing training that builds sustainability, and creates easier access to communities.

Since 2012, International Medical Corps has supported primary and secondary healthcare facilities in seven governorates, enabling them to remain functional and provide a wide range of services. These services include maternal and child care, sexual and reproductive health, prevention and control of communicable and non-communicable diseases, provision of essential medical commodities and proper waste management. Our use of mobile medical units gives us the flexibility to extend our assistance to those residing in remote locations and unable to reach existing clinics.

In a country where food security has been a challenge even in the best of times, International Medical Corps implements emergency nutrition and food security programs to address growing needs in an environment of continued conflict. Years of war have left one of every four Yemenis malnourished.

We conduct community management of acute malnutrition (CMAM) programs and equip health facilities at all levels to provide nutritional support for pregnant and lactating women and malnourished children under 5. We also deliver lifesaving care for severely malnourished children with complications at two in-patient facilities in Sana’a, and three facilities in Lahj. When required, we refer children from International Medical Corps-supported clinics to nearby hospitals.

At the neighborhood and village levels, International Medical Corps works with community health volunteers (CHVs) to establish support groups where mothers and caregivers can share experiences on infant and young-child feeding and hygiene practices. Our teams ensure early detection and referral of acutely malnourished children and pregnant and lactating women for specialized care. Our CHVs also trace children and nursing mothers who drop out of treatment or who have been referred but fail to show up for treatment. These volunteers provide families with critical information about the prevention of malnutrition. On average, we reach more than 6,500 individuals per month with health and nutrition education, 80% of whom are female.

WASH is one of the key program pillars of our emergency response in Yemen, focusing on mitigating the increased risk of diseases caused by reduced access to clean water, basic sanitation and hygiene. We provide safe water, promote healthy hygiene practices to prevent the spread of disease, support latrine and water-system construction and rehabilitation, and support responsible solid- and medical-waste management. Since we began WASH programming in Yemen in 2012, we have reached more than 2 million people, providing critical access to water, sanitation and hygiene during major cholera outbreaks over the last three years.

Regular training on health, nutrition, WASH, food security and protection issues is a central component of International Medical Corps programming in Yemen, to ensure delivery of quality services in line with recognized standards and protocols. Due to the current humanitarian emergency and the severely weakened government healthcare system, we focus on improving healthcare staff members’ knowledge and skills in services offered at the health facilities we support.

Food security and livelihoods (FSL) is a core component of International Medical Corps’ program strategy in Yemen. In addition to providing conventional food assistance linked with sustainable livelihoods, we have a comprehensive program for food distribution using vouchers specifically for families affected by malnutrition. Our program to replace valuable livestock lost in the fighting helps regenerate wealth and strengthen household incomes. Working with our health and nutrition teams, our FSL team selects recipients of new livestock based on criteria developed in consultation with communities. Technical training on business and financial management is also available to support sustainable livelihoods. Currently, more than 1,300 households are being supported through the livestock assistance program in three governorates.

International Medical Corps has an MEAL team in Yemen that systematically tracks outputs and outcomes of our programs and gathers beneficiary feedback for continuous improvement. To this end, we have developed District Health Information System 2 (DHIS2), an open-source data-collection, aggregation and reporting software package that enables International Medical Corps to have access to timely data, minimize errors and help us make evidence-based decisions related to our programs. Whenever possible, the system captures data or information on interventions, disaggregated by sex, age and deprived groups, including the disabled.

We also use other technical systems, including accountability to affected population (AAP) and community-based feedback and response mechanism (CBFRM), based on the global International Medical Corps CBFRM framework.

Protection and gender-based violence (GBV) prevention programming remain the most sensitive interventions in Yemen, both because of the extreme cultural sensitivities that surround them and because they often occur in areas where armed conflict and critical food shortages force communities to focus on survival. To promote protection mainstreaming across all sectors, International Medical Corps employs staff devoted solely to protection mainstreaming, ensuring that interventions are aligned to all applicable international protection standards in the health, nutrition, WASH and FSL programs.

Protection mainstreaming efforts within our Yemen mission are conducted in close coordination and communication with the United Nations’ GBV Sub-Cluster and Protection Cluster in the country.  All International Medical Corps program staff, as well as MEAL staff, are trained on how to include protection in planned activities. International Medical Corps monitoring tools are designed to capture the key elements of beneficiary protection as set out in approved guidelines. 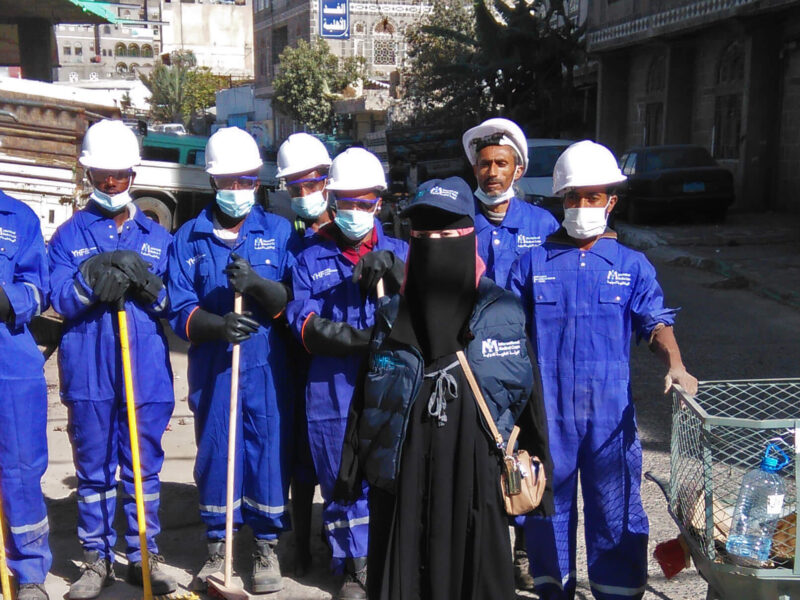 Serving as a CHV Transforms a Young Yemeni Woman 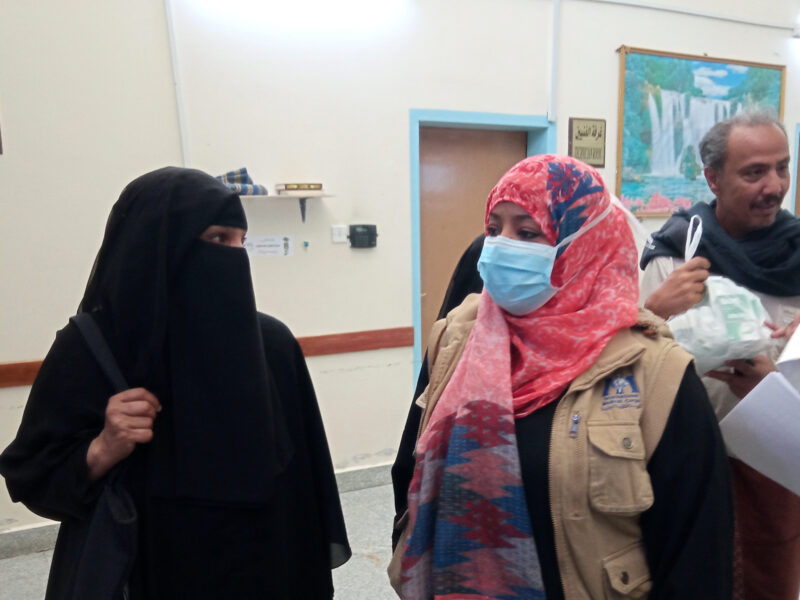 Waiving Costs and Restoring Hope: Fighting Cancer and other Non-Communicable Disease for No Charge 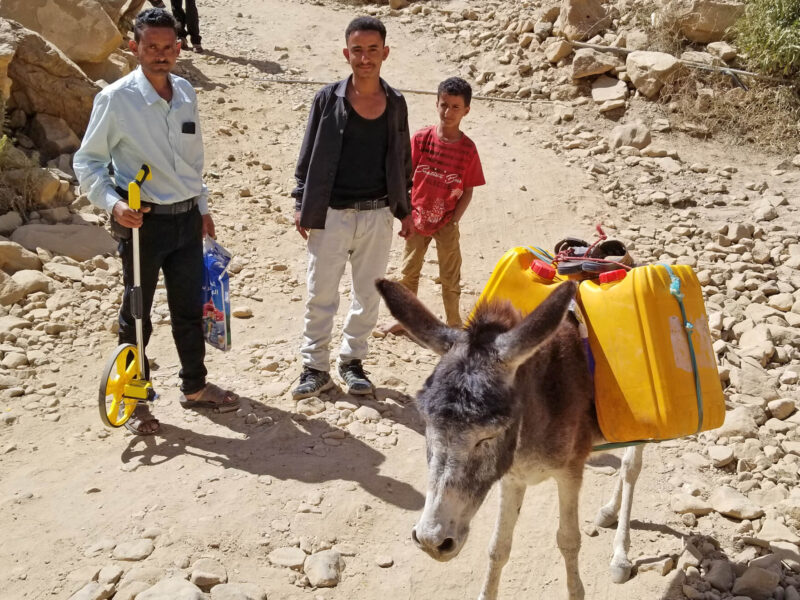 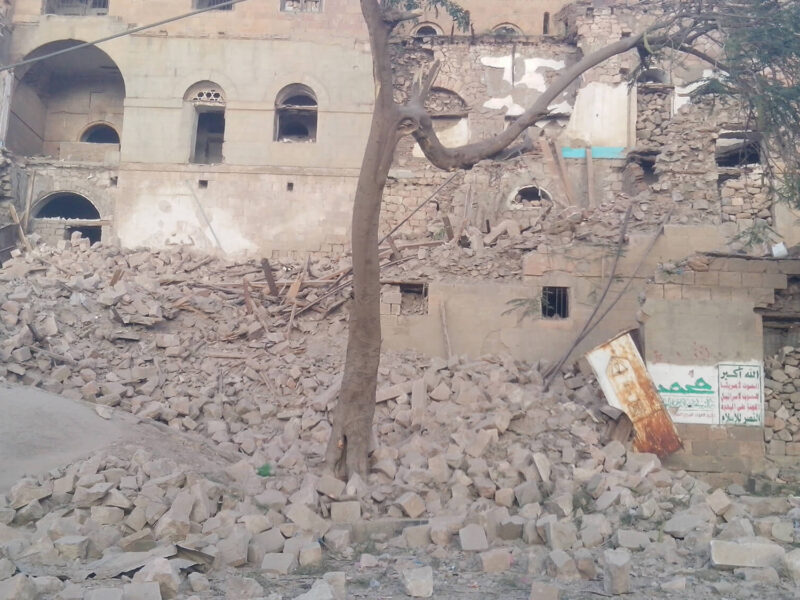 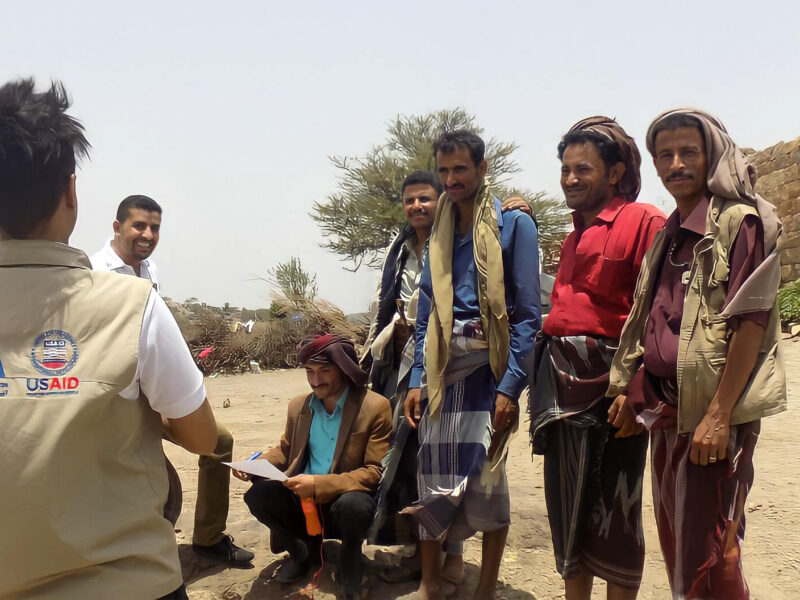 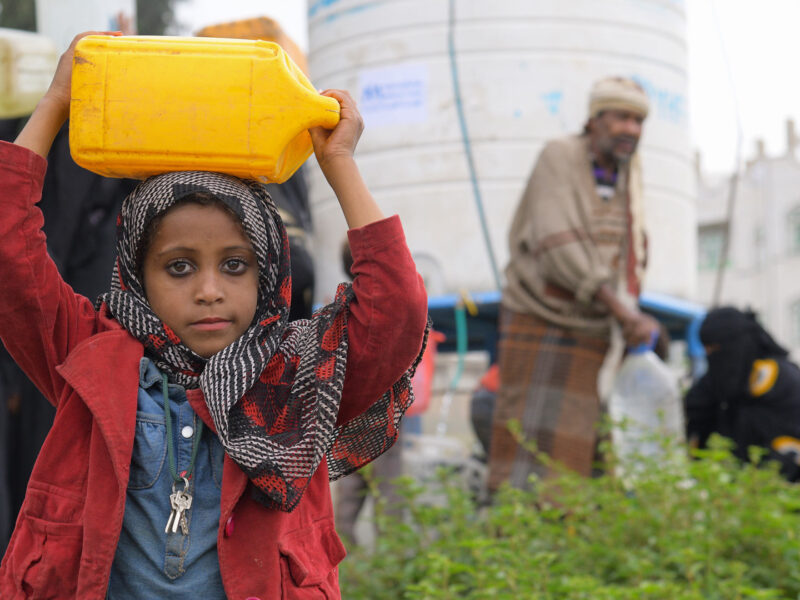 On the Edge of Despair, an Aid Worker Knows There’s Only One Choice: Keep Going 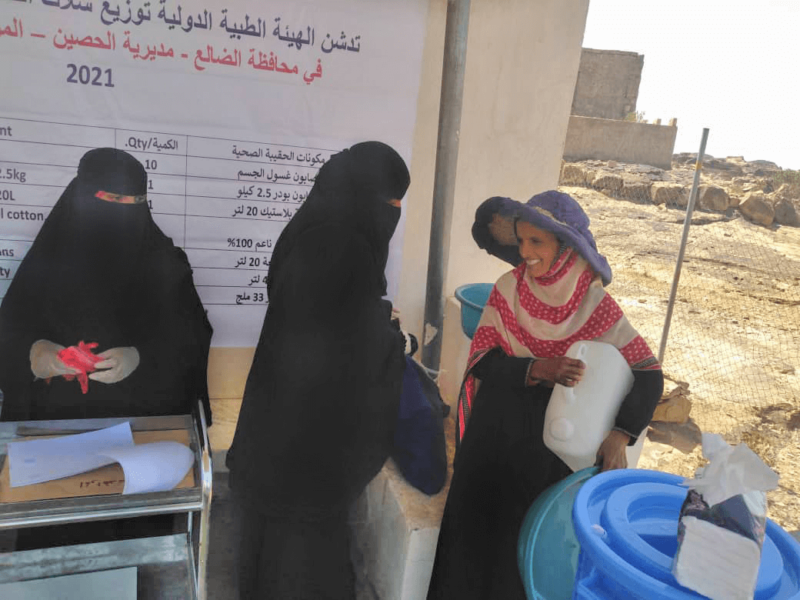 Facing Overwhelming Needs, One Life and One Family at a Time 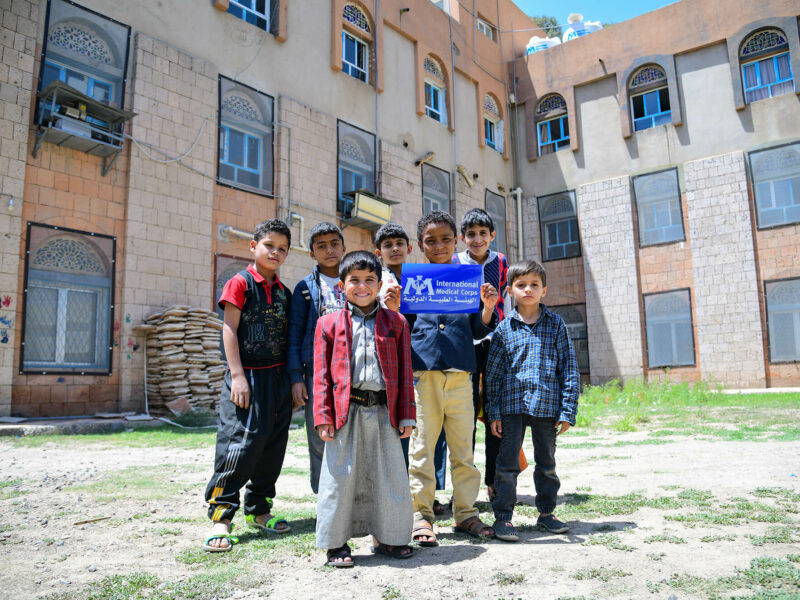 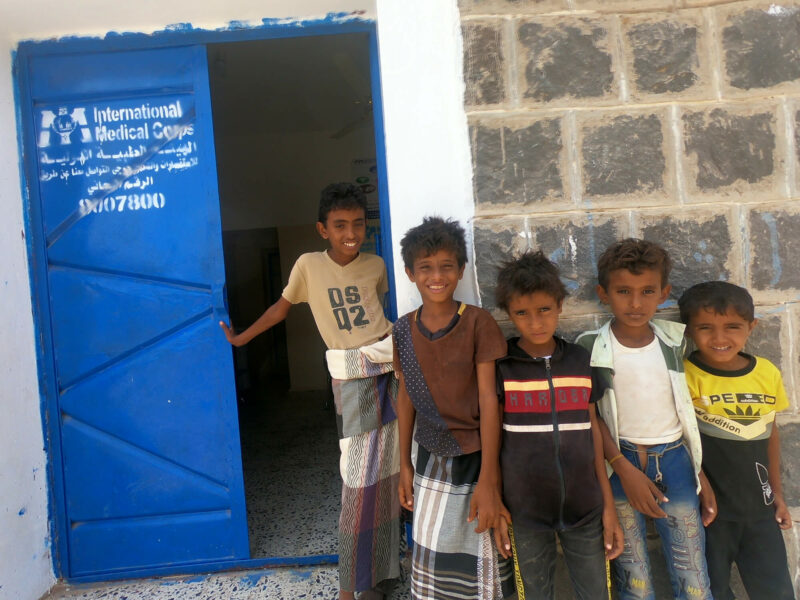 Rebuilding Healthcare at Ground Zero of a Humanitarian Disaster 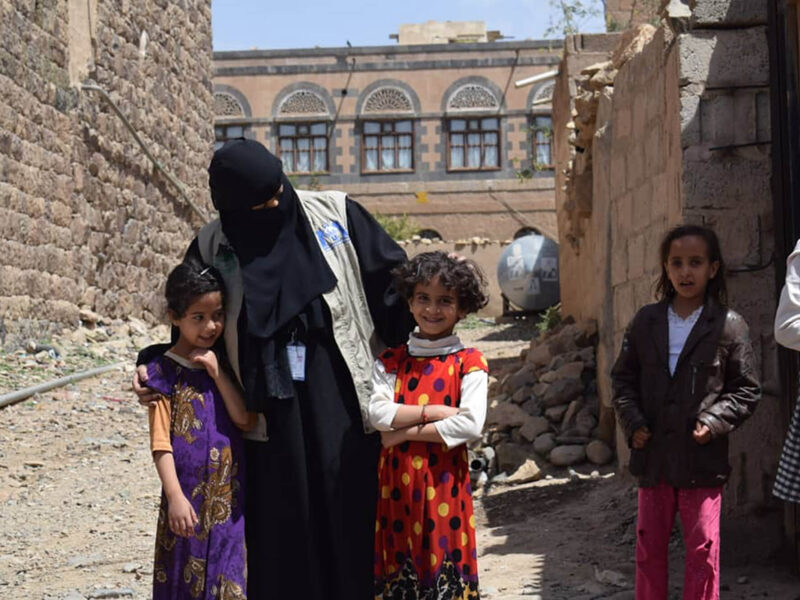 Finding New Hope and Resolve in the Midst of War, COVID-19 and Donor Fatigue 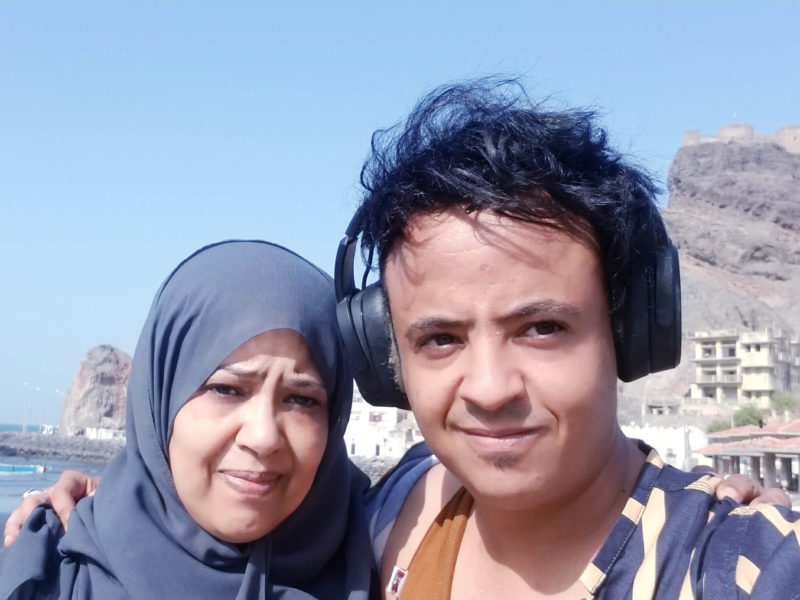 A Beacon of Optimism and Resilience Shines in Dark Times 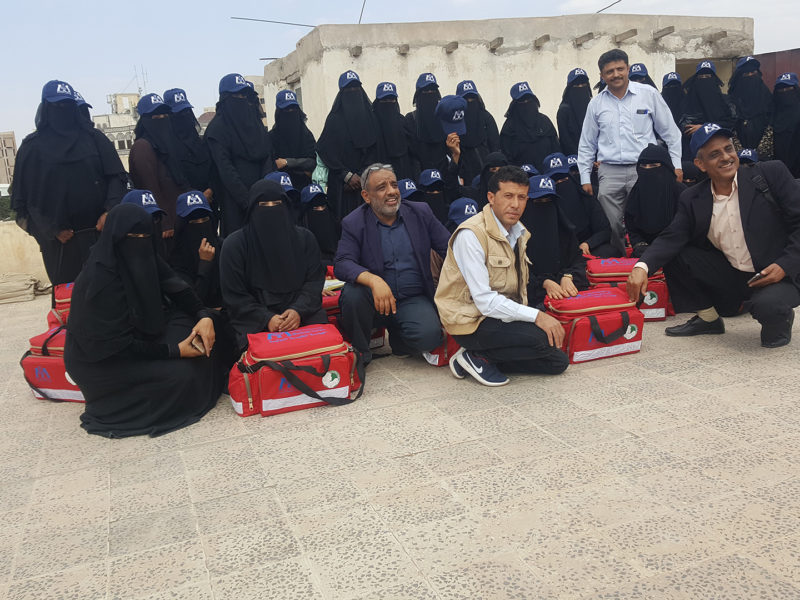 Building a Foundation for Healthcare in Rural Yemen 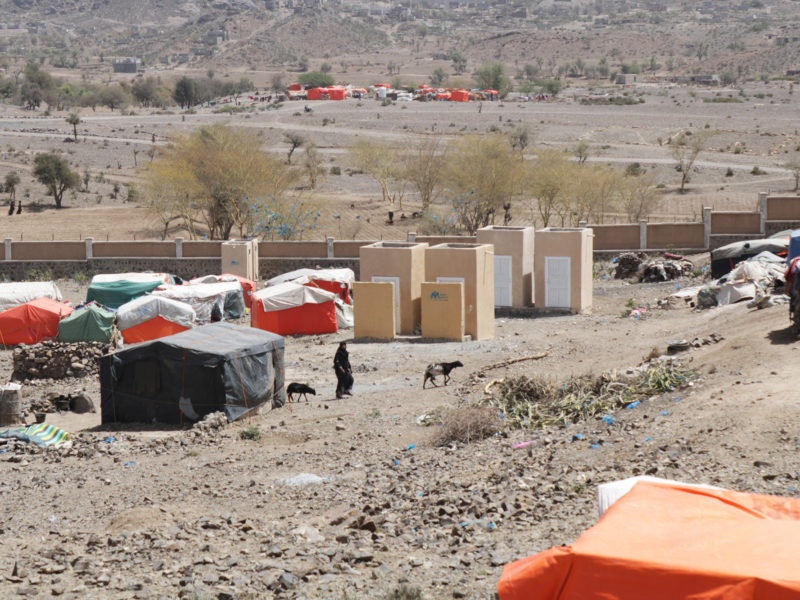 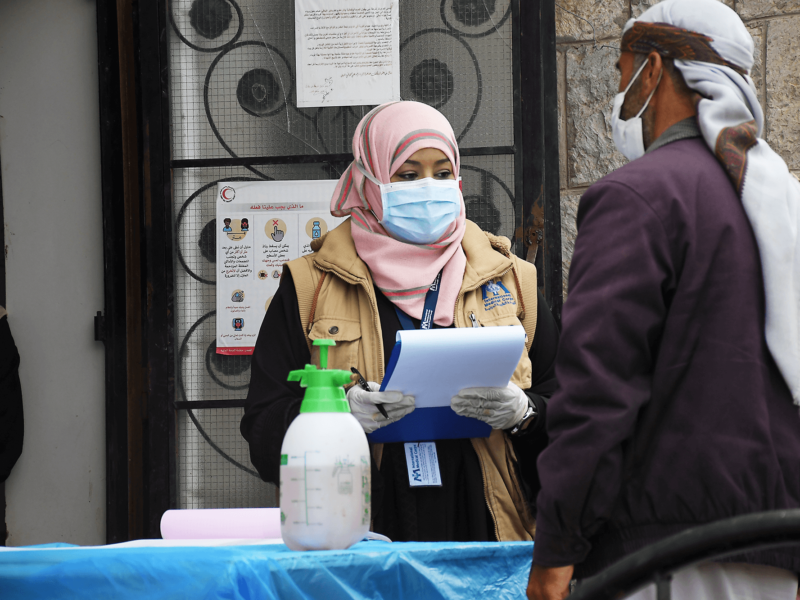 Making a Difference and Saving Lives in Yemen 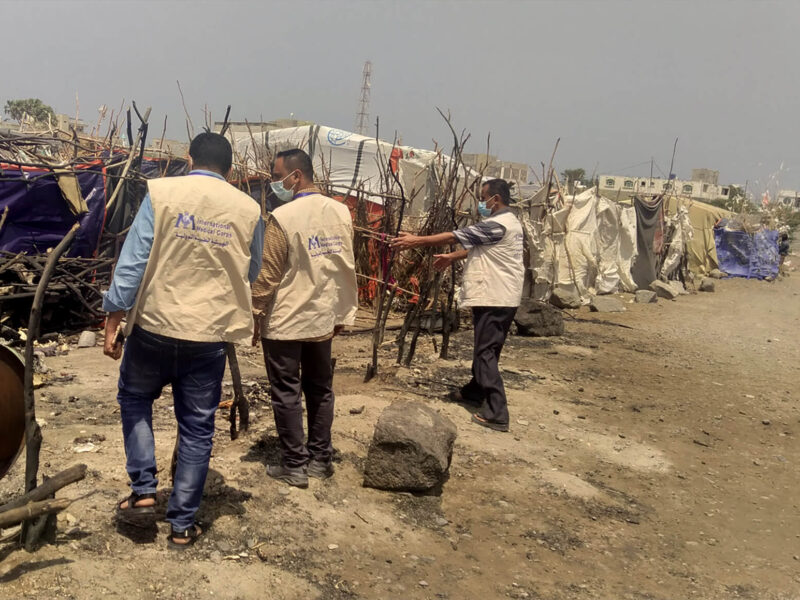 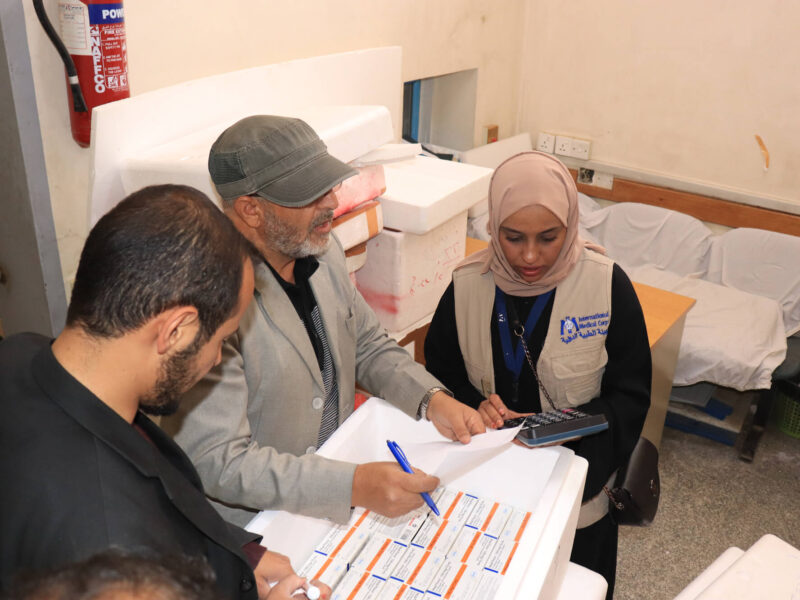