The sentiment behind the lyrics of “Ah, My Hometown Odaka” encompasses the pain and frustration felt by the thousands of people who were evacuated from their homes after the devastating 2011 earthquake and tsunami damaged the nuclear power plant in Fukushima Prefecture.  Many families still remain living in temporary shelters nearly three years after the disaster and are waiting to return to their homes and communities. The song’s author, Mr. Shiga, a gatekeeper of the Fukushima Daaichi plant, evacuated with his family to the temporary housing site of Terauchi Tsukaai after his hometown was deemed a non-entry zone due to radiation fears.  Far from the comforts of home, Mr. Shiga, like many others of those displaced, longed for the sense of community and belonging he felt in Odaka.

Mr. Shiga eventually sought refuge at the Terauchi Tsukaai community space, one of four spaces supported by International Medical Corps in partnership with the Japan International Volunteer Center (JVC) and local non-profit Tsunagappe Minami-Soma.  These spaces provide psychosocial support to evacuees while also building much needed social cohesion between those displaced and their host communities.  Through classes and recreational activities like yoga, folk songs and handcrafts, the space at Terauchi Tsukaai provides disaster survivors with a place to congregate and rebuild their lives. 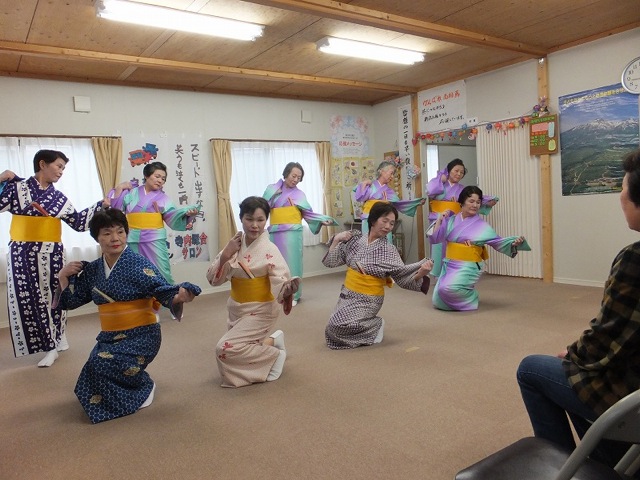 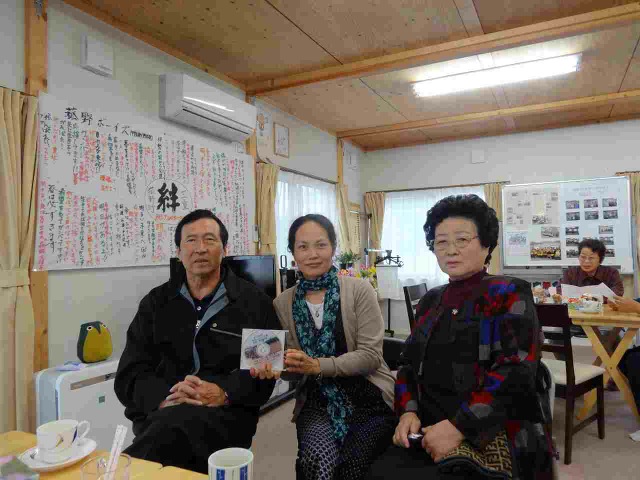 When Ms. Akamatsu, a volunteer musician, heard a poem that Mr. Shiga was working on during one of her visits, she was so moved by his words that she decided to put them to music.  The result provided the residents of Terauchi Tsuakaai with a new anthem: “Ah, My Hometown Odaka.”

As the song gained popularity at the space, a group of residents started exploring the idea of choreographing a dance to the song. The community space’s manager, Ms. Fuji, suggested the aid of fellow resident Ms. Goto, a former dance teacher from Odaka. Over the course of 2 months, Goto and a group of 15 students mastered the new choreography. On December 18th, 2013, dressed in traditional kimonos, the group held its premiere performance in front of fellow residents, members of the press, and a very proud Mr. Shiga.

PFA Training Helps Caregivers Care for Themselves as Well as Others

The Russian invasion has changed the daily life of every Ukrainian. Though the Ukraine army has been defending the...

It’s morning and the dry season’s chilly winds blow through the branches of the gigantic trees surrounding the open...

In Celebration of a Continued Polio-Free Future for Nigeria

Two years ago, the Global Commission for the Certification of the Eradication of Poliomyelitis (GCC) certified Nigeria as free...