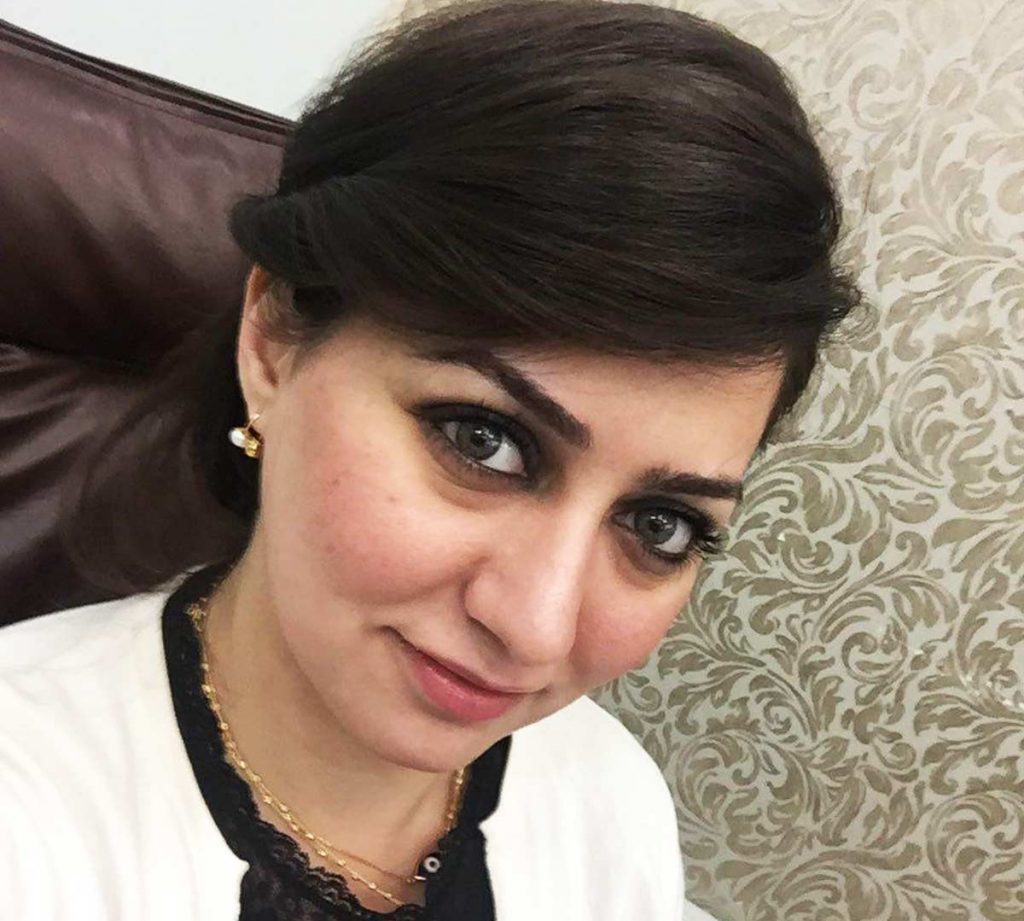 What inspired you to take on a career fighting gender-based violence?

As a woman, working for women’s and girl’s rights has always interested me. I grew up in Baghdad during the war and heard about gender-based violence in the news every day. My father spoke a lot to me growing up about human rights. I was one of eight children—five girls and three boys—and my father led by example, with all us being treated equally and encouraged to pursue our passion. I also grew up knowing that this was sadly not the norm and that in many Iraqi households, women are not equal to men.

How big of a problem is gender-based violence in and around Baghdad?

No one can imagine how big of an issue it is in Baghdad and central Iraq until you face it every day. We do not discuss gender-based violence openly, which I believe allows it to continue. The recent conflict has only made the problem worse, as families have fled their homes with often little more than the clothes on their backs. The increase in stress and the breakdown of social norms can make families more prone to violence. This, compounded with attitudes that women are lower than men, leave many women at risk of sexual, physical, and emotional abuse.

How do you and your team help gender-based violence survivors?

A lot of what we do is to help women understand their rights. We do this through one-on-one conversations as well as group workshops and media campaigns. We spend a lot of time listening. Our goal is for them to feel safe enough to open up about what emotional and physical abuse are experiencing so we can then help them find a solution. It is also our job to remind women that society cannot function without women—and as a member of that society, they have rights.

Was there ever a case that really affected you?

I still remember a 13-year-old girl who was married to a man who drank heavily and beat and raped her repeatedly. She was too afraid to leave him or pursue a divorce because he threatened to take their two daughters away from her. She was also scared of what he would do to his own daughters if she were not there. When I met her, I listened to her every word to understand what she was going through as best I could. I referred her to one of our lawyers, who then helped her pursue a divorce and keep custody of her children. The court also ordered her husband to provide child support, which he maintains to this day. I can still see the smile on her face when she told me that she plans to raise her daughters to be strong.

What keeps you going every day?

Even just a smile can keep me going because I know I have made some kind of difference. We all need to feel heard and counted for and I strive to do that every day for the women we work with. I also want them to know that they are brave, strong, and have rights.

What will it take to end gender-based violence in Iraq?

Continuing to Fight COVID-19 Around the World Responding in the United States In the US, we are supporting 42...

Maryan Weaves Her Way to Success

Maryan Abdi Mohamed is many things. She is a 31-year-old married woman who is the mother of six children,...

For those who must leave it all behind …

GIVE THE GIFT OF HEALTH & HOPE THIS WORLD REFUGEE DAY