Qarsoodi is a small village in central Somalia’s Galkayo district. Those who live in the village are hardworking pastoralists who depend entirely on their livestock for their livelihood–and their survival. Not surprisingly, they treasure their animals deeply. Even as drought conditions worsen, they know they must do all they can to provide feed and water for their livestock, even when water is in precious short supply.

“We have been drinking and using water from the same wells camels and goats drink from,” noted Sheikh Dahir, a village elder. “The persistent drought has caused many wells to dry up, leaving us with few options. There have been several cases of acute water diarrhea reported from this area and that has probably been caused by the unsafe drinking water from the open wells. Last year during the month of October there was an acute water diarrhea outbreak.”

The most treasured of the village animals are the camels and during such a dry period when there is not a single green shrub left, villagers cook for the camels! They sacrifice what little they have, make the journey to nearby towns to buy maize, then cook it for the camels. So there is little doubt they willingly share their precious drinking water with the camels.

The prolonged drought in Somalia has brought with it severe water shortages—shortages that have tested the villagers loyalty and commitment to their animals. More than half the population in Somalia does not have access to safe drinking water. With funding from the U.S. Agency for International Development’s Office of U.S. Foreign Disaster Assistance (USAID/OFDA), International Medical Corps is working to ease the burdens of villages like Qarsoodi, providing lifesaving care and other assistance to the people of five districts, including Galkayo. But of all the assistance we provide, there is one project that has painted the broadest smiles to residents of Qarsoodi: the rehabilitation of two long-dormant shallow wells on village land.

Sheikh Dahir’s eyes danced as he expressed his gratitude for bringing the wells back to life.

“Everyone in Qarsoodi is happy about these two wells. They had gone dry but they now produce clean water again. We are also grateful the new wells are well covered and we will no longer need to share the same wells with the camels.”

Most shallow wells in this part of Somalia are not covered, posing a significant health risk to communities forced to rely on them. Debris—even animals—easily fall into the wells, contaminating the water, making them unsafe for drinking. Eventually, the wells dry up as falling objects pile up and block cool underground springs that feed them. During the rehabilitation process, International Medical Corps teams cleaned out the wells, then dug them deeper to ensure enough water would be available to last the community throughout the drought. The wells were then covered with a concrete slab and a modern hand pump installed.

The village women are especially pleased with the outcome.

“Now we can easily and safely get clean water from these wells,” said one mother. “The hand pump is easy to use and very helpful, especially when you compare it with throwing a Jerry can into the well and pulling it out with very little water. It took several throws to get enough.”

The woman said she had been afraid to send her children for water from the uncovered wells because it would have been too easy for them to fall in. “Now I can send them to get water while I do other chores,” she added. The time needed to fetch water from the newly rehabilitated wells with the pump has also been reduced. 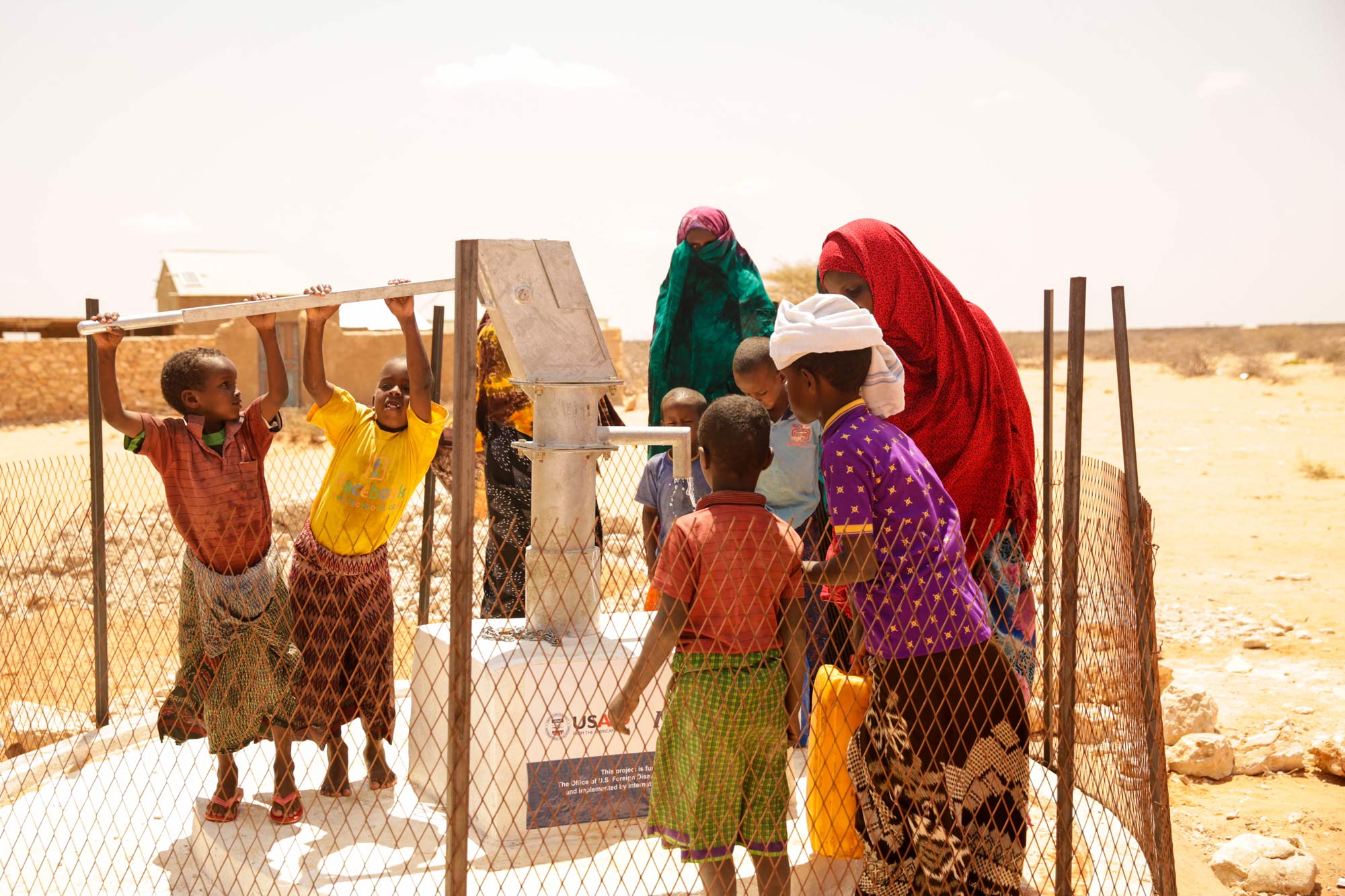 International Medical Corps is on the ground responding to the needs of Somalis whose lives have been affected by the drought. Our teams also provide access to much-needed health, nutrition, water, sanitation and hygiene services to the people of Galkayo as well as other parts of Somalia. With USAID’s support, more than 20 shallow wells have been restored and communities like Qarsoodi can now access clean water.

“One day, as I was walking past one of the open wells, I heard a loud cry from the well,” recalls Sheikh Dahir. “A woman had fallen in. I immediately rushed to the well and with the help of other men around, we managed to rescue her. Many people have been seriously injured after falling into these wells. What International Medical Corps has accomplished will save lives in two ways: by providing safe and clean water and by preventing any risk of people falling in.”

Nurto and Hakumo: Two Women Defying the Odds in Somalia

Nurto from Baidoa in Somalia is only 30 years old—but already on the verge of giving up. Conflict has...