In the spring of 2015, one year after joining International Medical Corps in Yemen as a Health and Nutrition Program Assistant, Doa’a was forced to flee her home with her family because their neighborhood was no longer safe. On that day, Doa’a became an internally displaced person (IDP)—an experience that has given her unique insights into her job.

Doa’a and her family—which includes her two young boys, husband and parents—have been through a lot during Yemen’s five-year civil war. Her journey with International Medical Corps began before the war, in 2014, when her husband saw an advertised role for a health and nutrition program assistant. Though she and her husband had decided that she would stay home for six months to breastfeed and take care of their newborn son, he encouraged her to apply. She was surprised and proud when offered the job. 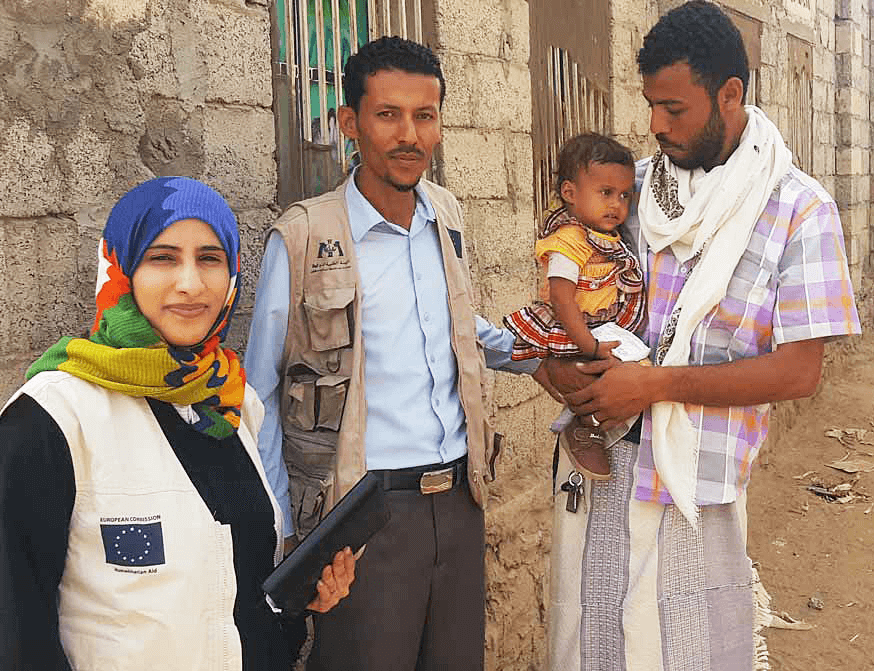 Being a mother helps Doa’a excel at her job. She says, “Because I know what mothers need, I know how to relate to the women and mothers we work with in the community.” She has insights that help her and the organization design and implement programs that cater to communities’ unique needs in Yemen—particularly women like her, who have to balance survival, work and family in the midst of a war. When she meets with women in a community, Doa’a usually speaks about her own experience as a mother, which helps create a critical bond with the women, enabling them to open up about their worries and fears, and making them feel less alone.

Doa’a has two sons, both with congenital birth defects. Doa’a had an especially difficult time with her second child, who was born with a cleft palate, requiring reconstructive surgeries. Yet despite the stress of being a mother of children with special needs, and the stress of working and living in one of the worst emergencies in the Middle East, Doa’a remains stronger than ever and determined to keep her family and loved ones safe while she serves others through her job.

Doa’a experience as an IDP also helps her understands the needs of the internally displaced and those who have lost their belongings, and enables her to connect more effectively with the IDPs she serves. She says she is very proud to be a Yemeni working with and helping others in need while being able to fully understand and anticipate their needs, and takes her responsibilities very seriously.

Now a Health and Nutrition Program Manager, Doa’a leads a team and must look after their safety. Yet, Doa’a says, despite how volatile her country currently is, the team’s main concern is not security. “We consider the fast spread of diseases to be a bigger threat than security,” she explains. “Cholera, measles and dengue fever spread so fast. In some cases, they have claimed lives. That’s more dangerous than anything else.”

Indeed, earlier this year Doa’a’s team responded to an outbreak of cholera and measles in the Lahij District, an area in the south close to the conflict. The district is very poor, levels of education are low and there are multiple health concerns, including outbreaks of disease and severe malnutrition. Compounding these challenges are cultural misconceptions—for example, she explains, in the district many people don’t vaccinate their children because they believe it will cause infertility for boys.

Despite the dangers, upon hearing of the outbreaks her team quickly deployed to the villages and administered vaccinations for cholera and measles. They also conducted awareness sessions for men, women and children about prevention techniques and emergency care for measles and cholera. 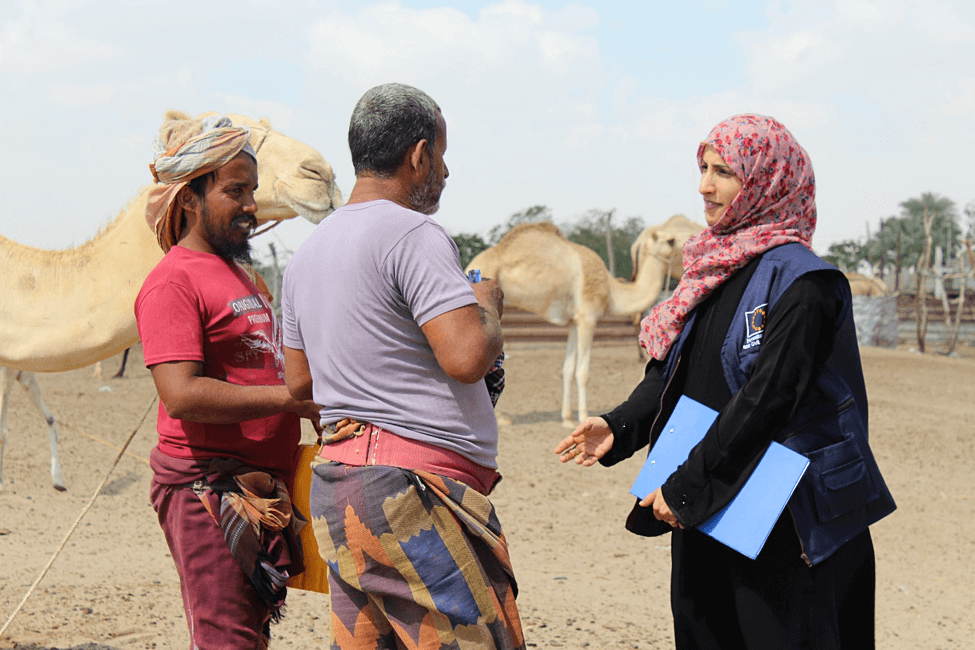 Battling the spread of diseases in her everyday work gives Doa’a the motivation to teach her family and friends about good hygiene practices, and how they can help prevent disease. She is happy to have what she calls an “amazing support system”: her parents live with her and help out with the children and housework, while her husband is very supportive of her career. She is able to take care of her family, pursue her career, and find time to play with her kids and get them ready for bed. “Playing with my kids is my coping mechanism,” she says with a smile, adding that quality time with her children is essential to her mental health and wellbeing.

What also keep her going is her work, which Doa’a believes has a significant impact on the lives of those in need. Even in the midst of civil war, she hopes that she can continue to help her community as much as possible, while taking care of her boys and family.