It’s July 2018 and, through no fault of her own, Hawa and her unborn baby are in real danger. The 17-year-old mother-to-be has gone into labor in her final trimester, as expected—but after three days of labor pains, she still hasn’t given birth, and time is running out.

Hawa is from Golo, a rural area located in Darfur—a region in Western Sudan that is home to one of the world’s longest-running humanitarian crises. Though living-conditions have improved in other parts of Sudan, the Darfur region lags behind. Factors like unequal access to resources and reoccurring conflict between herders and farmers—made worse by ethnic tensions, as well as long running differences between the capital, Khartoum and Darfur—all contributed to the eruption of the 2003 Darfur War, which continues more than 16 years later. UNAMID, a joint United Nations-African Union peacekeeping mission that is one of the world’s largest, remains present in the troubled region.

Darfur has the highest maternal mortality level in Sudan—a country with rates significantly higher than the World Health Organization recommended ratio—and so the birthing process is far from safe for young mothers like Hawa. A limited capacity to provide emergency obstetrics services such as caesarean sections, paired with an alarming shortage of skilled birth attendants, puts Hawa at risk of becoming one of the 830 women around the world who die in childbirth every day from mostly preventable causes.

The Intervention that Saved Hawa’s Life

International Medical Corps has been supporting conflict-affected communities in Darfur since 2004. We are the only primary healthcare provider throughout much of the region, and a lifeline to rural communities such as Golo. To alleviate an acute shortage of emergency obstetrics—a set of essential interventions for mothers and their babies—International Medical Corps set up an operating theater in Golo Hospital in 2018, thanks to funding from EU Civil Protection and Humanitarian Aid (ECHO), and now can perform unplanned caesareans and other reproductive surgeries. Despite being integral to safe motherhood, these and similar services sadly remain an out-of-reach luxury for most women living in Darfur. 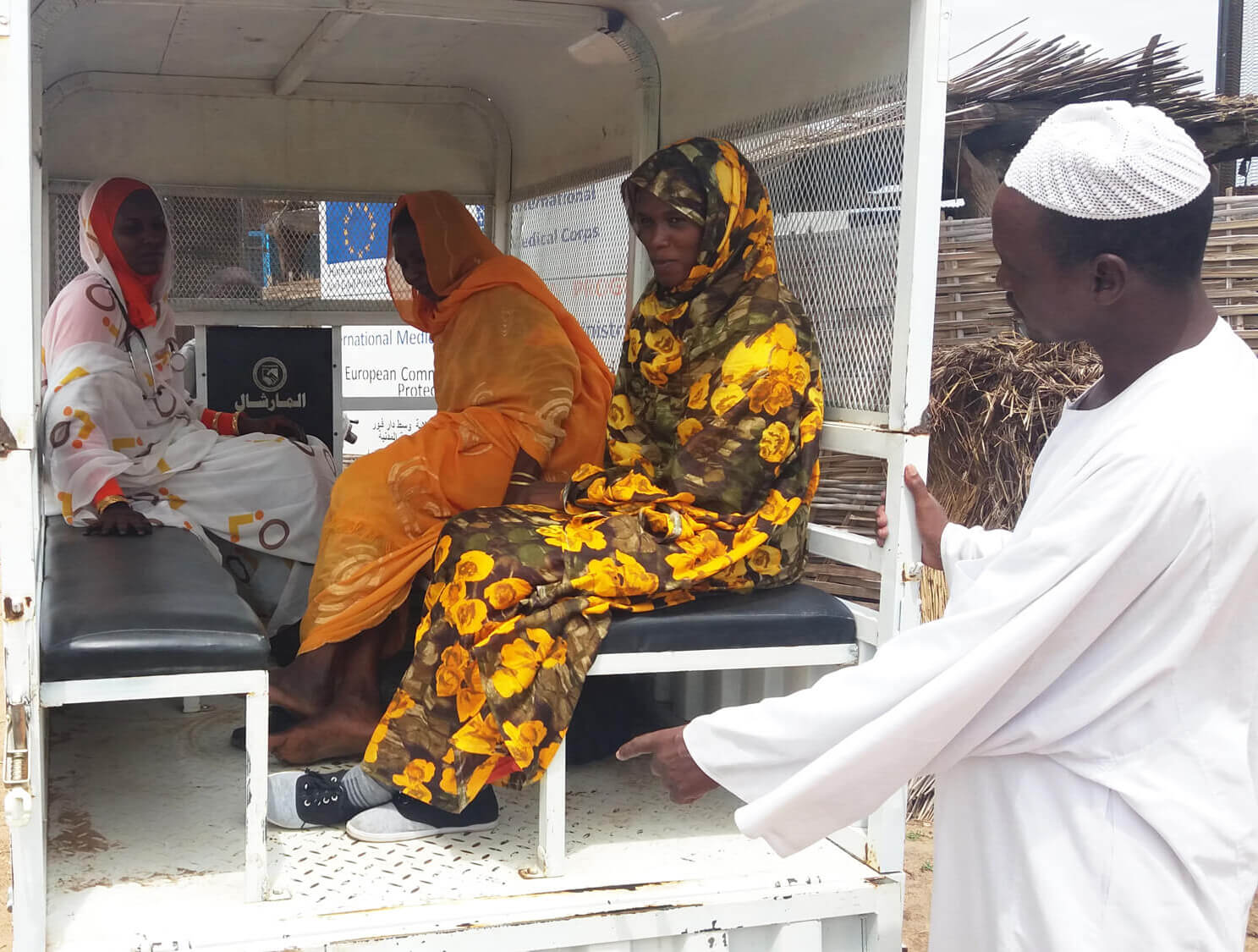 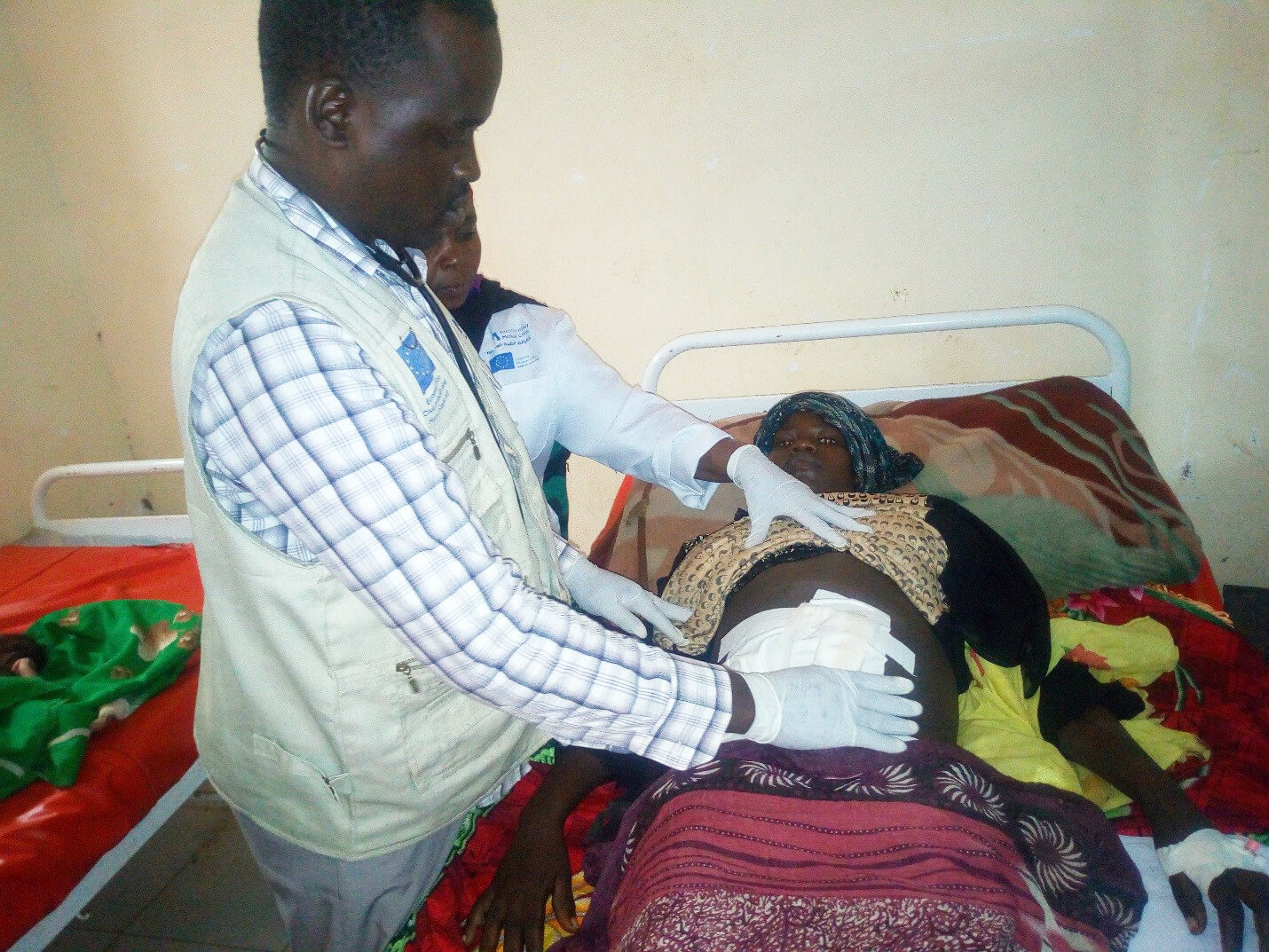 Hawa arrived at the hospital on July 25 at 9:35 am. Following an examination, a medical team diagnosed Hawa as being in obstructed labor—a complication when the baby is physically blocked—and carried out an emergency caesarean section, saving her and the baby’s life. When Hawa met International Medical Corps’ team in Darfur, she was recovering in the post-delivery room, supported by a midwife and benefiting from regular check-ups from the surgeon.

Though such care should be available to all mothers and babies, having to travel for miles to reach the nearest health facility is often the reality for rural communities served by International Medical Corps. When a pregnant woman has been in labor for three days, every second matters. Because of the time-sensitive nature of her issues, transferring Hawa to a different hospital was never an option, particularly considering the vast distances she had already traveled to reach the hospital. Darfur—the second biggest region in Sudan—is larger than Germany.

Before and After Birth—Working with Traditional Birth Attendants

With hospitals typically located at a distance from rural villages, it’s important to find a way to ensure that services are quickly available to mothers like Hawa. This is where a group of committed traditional birth attendants (TBAs)—trusted community members who assist women before, during and after birth—play a key role. Given their standing within their communities, TBAs are in a unique position to promote safe delivery practices as well as raise awareness about the services available at the hospital. Mobilized by International Medical Corps, they also refer pregnant women to the hospital or other health facilities so that mothers like Hawa can receive prenatal and postnatal care. The TBAs are the centerpiece in the quest for safe motherhood in Darfur, forming a crucial link between International Medical Corps and the communities that we serve.

To assure that Hawa’s baby gets a healthy start in life, we also are working with rural communities to raise awareness about good nutrition practices. Lately, we have been piloting ‘Lead Mother Groups’, which consist of 10 to 15 mothers of children under two, pregnant and breastfeeding women, and one ‘Lead Mother’. Together with a female community health worker, the groups discuss best practices around essential nutrition actions such as breastfeeding, supplementary feeding as well as how to prevent malnutrition and waterborne diseases. Along with classes that cover healthy food preparation, the project helps families living in a part of the world where malnutrition is a constant threat, all in an effort to battle the detrimental effects hunger has on children under the age of two.

The caesarean section saved Hawa’s life, and the life of her baby.

But it was the TBAs who ensured that Hawa found out about the facility, reassuring her that it would help her in her time of need. When she returned to her village, Hawa then took part in our Lead Mother Group activities, learning invaluable skills that will protect both mother and baby in the future. Together, these three pillars will help put Darfur on the route to safe motherhood, one mother at a time.

A Calling to Serve—and a Search for Togetherness

Yvonne Groenhout, an intensive-care unit (ICU) nurse for 26 years who has served on the frontlines of the battle...

Already plagued with conflict, instability and numerous health disasters, the Democratic Republic of the Congo (DRC) has suffered persistent...

Give by June 30th and DOUBLE your gift.