“I’m so happy.” Seda Sertdemir says this several times in our conversation, emphatically. The joy brimming in her voice and the lightness of her laughter make it hard to imagine the devastating things she has witnessed as a nutrition manager for International Medical Corps, having worked with Syrian refugees in Turkey and Puerto Ricans affected by Hurricane Maria. But some people just have a sunny disposition, and Seda strikes me as one who always looks on the bright side.

She grew up in very different circumstances than those she confronts in her humanitarian career. She remembers a “calm and happy childhood” in a small Turkish town on the Mediterranean Sea, where she played with friends and spent time with her grandparents, who lived nearby. When she attended university, majoring in business management, she had never even heard of humanitarian relief. But when a brutal civil war broke out over the border in Syria, millions of refugees flooded across Turkey and her life changed forever.

In Istanbul, the Syrian refugees clustered in certain neighborhoods. For a young, educated Turkish woman like Seda, the refugees would have been somewhat easy to ignore. She had a comfortable life and a good job in a culturally rich and relatively safe city. But she couldn’t shake the feeling that there was something more calling her. She yearned to touch people’s lives; to help those who needed her. Immediately after she finished her second bachelor’s degree, on nutrition, she traveled to the border of Turkey, where dozens of international organizations were helping the Syrian refugees pouring over Turkey’s border. 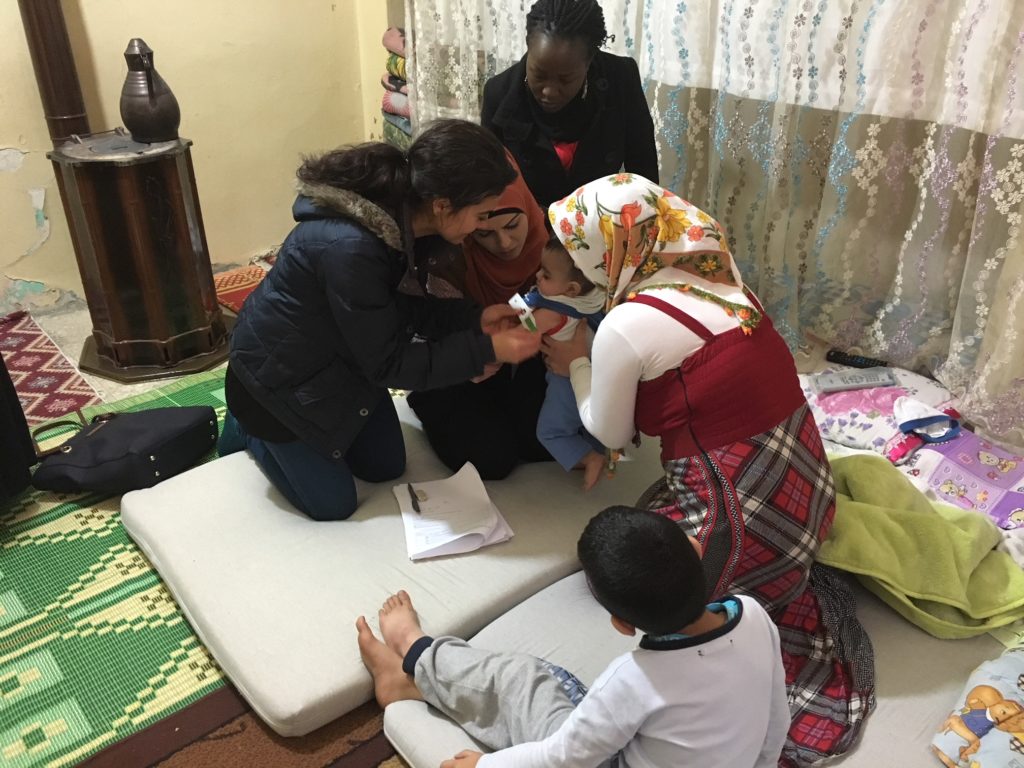 Seda recalls the shock of seeing Turkey transformed by the volume of refugees. After Seda joined International Medical Corps as a nutrition program manager, 35 people—all from different countries—attended her first humanitarian cluster meeting, where she was the only Turkish person. She began going to Turkish universities to give lectures on humanitarian work, encouraging others to get involved in the refugee response. Her friends thought she was “crazy” to leave behind the nice living conditions of Istanbul, but she “just wanted to work at the border.” There, she found her purpose. 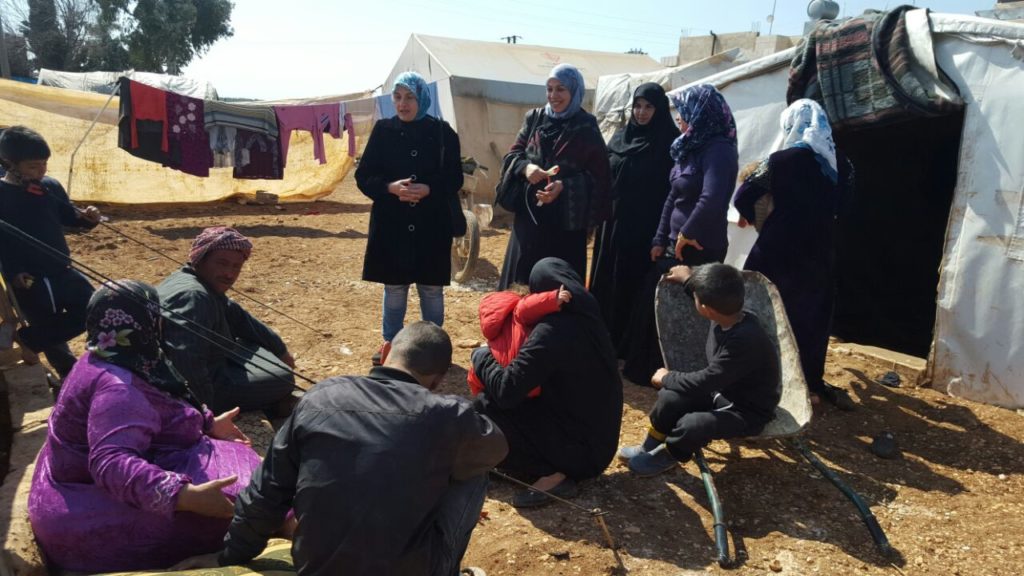 Seda is particularly passionate about infant nutrition—which, during emergencies, largely depends on mothers’ ability to breastfeed. Often, women in crisis stop breastfeeding due to stress or a lack of privacy, while well-intentioned donations of formula flood humanitarian settings. But formula is “so risky,” says Seda. It lacks the immune system-boosting factors that breastmilk has, and unhygienic usage leads to many of the infections that cause children’s deaths globally. Among the Syrian refugees, Seda found “so many young mothers—teenagers—who often didn’t know better.” So she and her International Medical Corps nutrition colleagues worked to educate the young Syrian mothers on the benefits of breastfeeding, while providing them with lactation support. 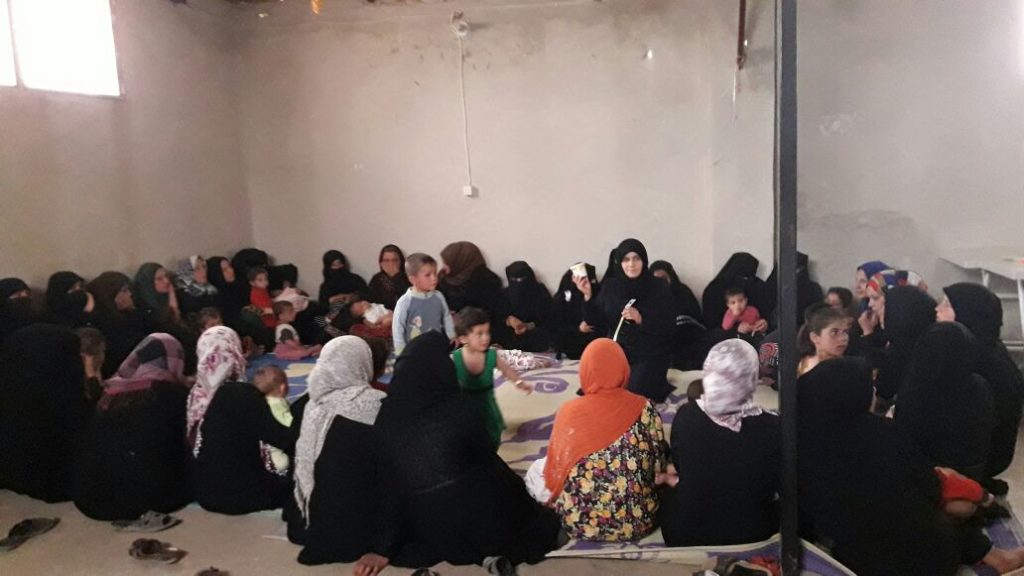 At the beginning of 2018, during International Medical Corps’ emergency response to Hurricane Maria, Seda went to Puerto Rico to help set up a nutrition program. There, she saw so many of the same nutrition challenges as in Turkey—namely, donations of formula, mothers in distress and a lack of fresh fruits and vegetables. Again, she helped set up lactation consultations and mother-support groups, helping to promote proper nutrition for babies born just after the hurricane and for other young children.

I can practically hear her glowing as she enthuses about the many “amazing people” she met in Puerto Rico. “One of the directors of our partner organizations said to me, ‘I am so happy to know you,’” she says. “It really surprised me to hear someone from a totally different part of the world tell me, ‘We’ve got so many challenges, but you came here to help and you are human, acting from your heart, and we are the same.’” She laughs giddily: “This made me so emotional and happy.” 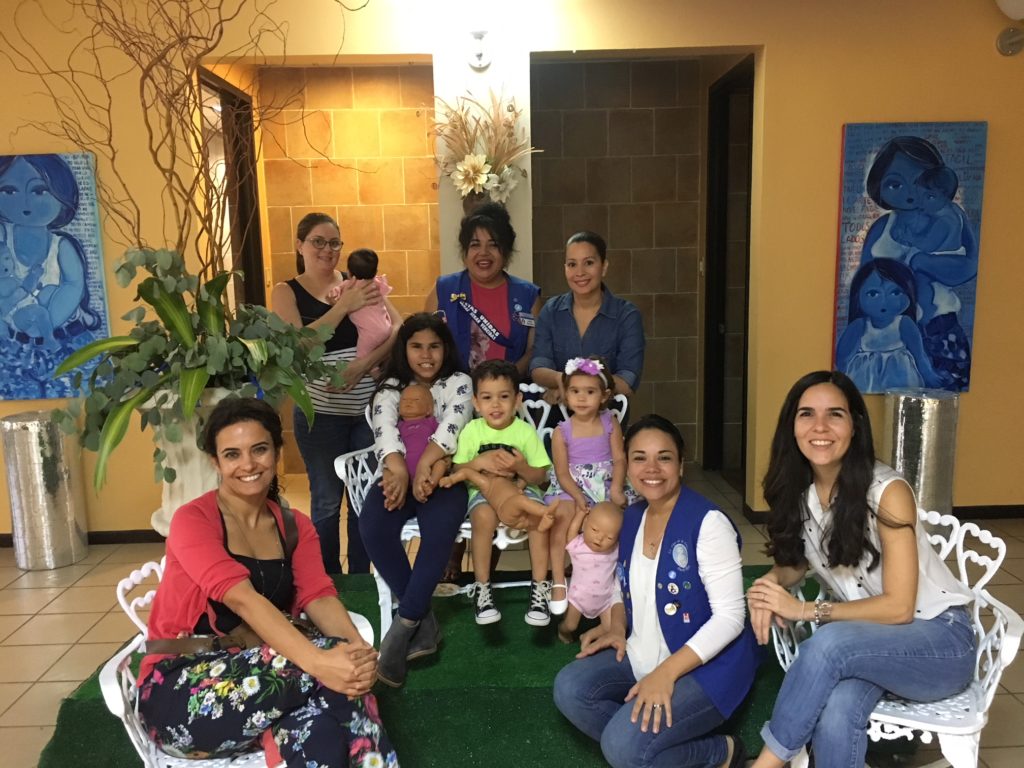 I ask her how someone with such an idyllic childhood copes with seeing so many people in traumatic situations. “Of course, it’s so challenging,” she concedes. “You move a lot, you are stressed, sometimes you aren’t sleeping…” Her levity dips slightly but quickly returns: “But when I see what we are doing for people and how we change their lives, I am so happy and fulfilled.”

She reminds me of where she was a few years ago—working a good job in a comfortable city, but lacking meaning. “I was always asking myself, ‘What am I doing?’” she says. Today, she is giving lectures at universities on “Nutrition in Emergencies” while completing her PhD. 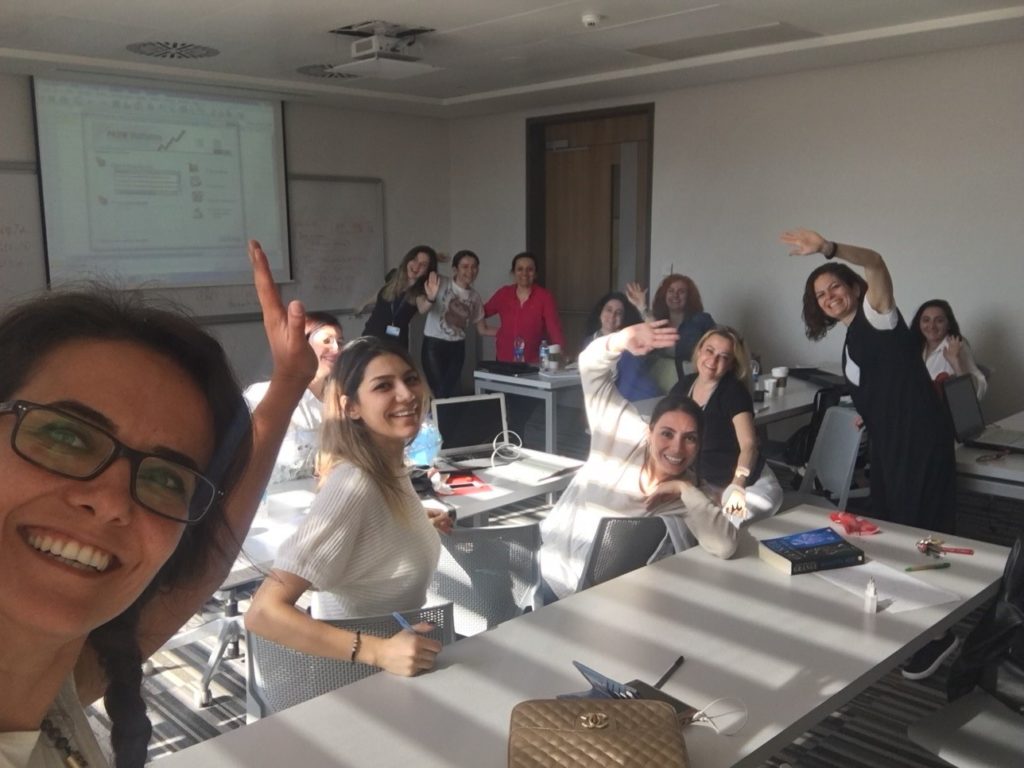 Driven by a goal of inspiring young people to enter the humanitarian world, she enthuses, “It’s amazing to see the difference I can make.” Then she repeats that word again, a few more times, to describe her life: “happy, happy, happy…” And I, for one, can’t wait to see what her happy heart gives this world next.