“My life was dark. I spent most of the time in my room and wouldn’t let anyone in.”

This is how Ali—a 21-year-old Syrian refugee living in Turkey—described his life just a few months ago. 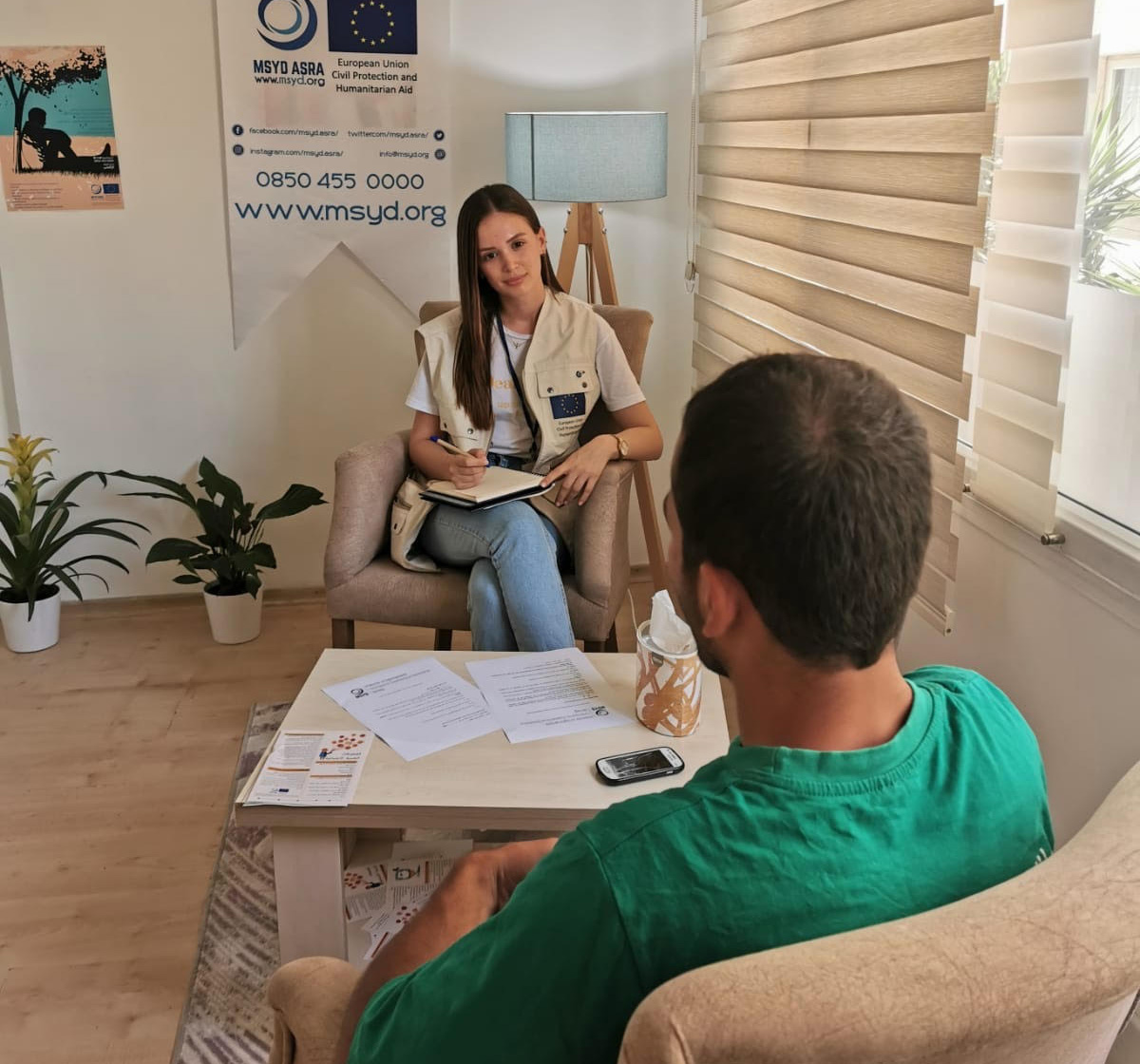 Given what Ali has been through, his outlook on life isn’t that surprising. Ali was forced from his home in Syria as a teenager, joining his family in what was a difficult but necessary decision. Eight years of intense conflict has claimed hundreds of thousands of civilian lives, forced 12.2 million people from their homes and reduced several cities into unrecognizable rubble. The crisis—with effects rippling far beyond Syria’s borders—is one of the most severe of our time.

Turkey has welcomed more Syrian refugees than any other country in the world. With more than 3.6 million registered Syrian refugees, the country is home to almost two-thirds of Syrians who have sought safety abroad—more than all other countries combined. Most of them have settled in southeastern Turkey, close to the Syrian border. Ten percent of them are now living in Mersin, one of the country’s 81 provinces, which borders the Mediterranean Sea and is home to a regional capital with the same name.

When a crisis hits, already-vulnerable populations, such as persons with disabilities, are often hit the hardest. Some 15 percent of people globally live with some form of disability; however, during a humanitarian crisis, the number is often higher, due to war-related injuries and a lack of healthcare. Around the world today, the number of disabled people affected by crises is estimated to be 20 million.

Often in dire need of humanitarian assistance given their pre-existing needs, persons with disabilities are tragically overlooked. Several factors contribute to this silent but very serious lack of inclusion—all of which are complex—but in general, this group struggles with access. Whether it’s healthcare or food assistance, disabled and elderly people often cannot reach the clinic or handout area. Instead, the aid needs to come to them.

There have been some positive developments lately in tackling this issue. In 2006, after decades of work aimed at increasing focus on the rights of persons with disabilities, the United Nations adopted the Convention on the Rights of Persons with Disabilities (CRPD). Given the high number of states and organizations that signed it—the European Union is one of several organizations that signed the convention, and the European Civil Protection and Humanitarian Aid Operations (ECHO) recently committed additional funding to programs assisting persons with disabilities—the convention has been hailed as a success.

This has been good news for Ali, who has cerebral palsy, a lifelong condition that affects a person’s coordination and ability to move. Until recently, life was difficult. Since Ali arrived in Turkey, he has struggled both physically and emotionally due to his condition.

But part of ECHO’s funding supports refugees like Ali. Thanks to his mother, who heard about it through some friends in Mersin’s refugee community, he found out about a support-program in Mersin. 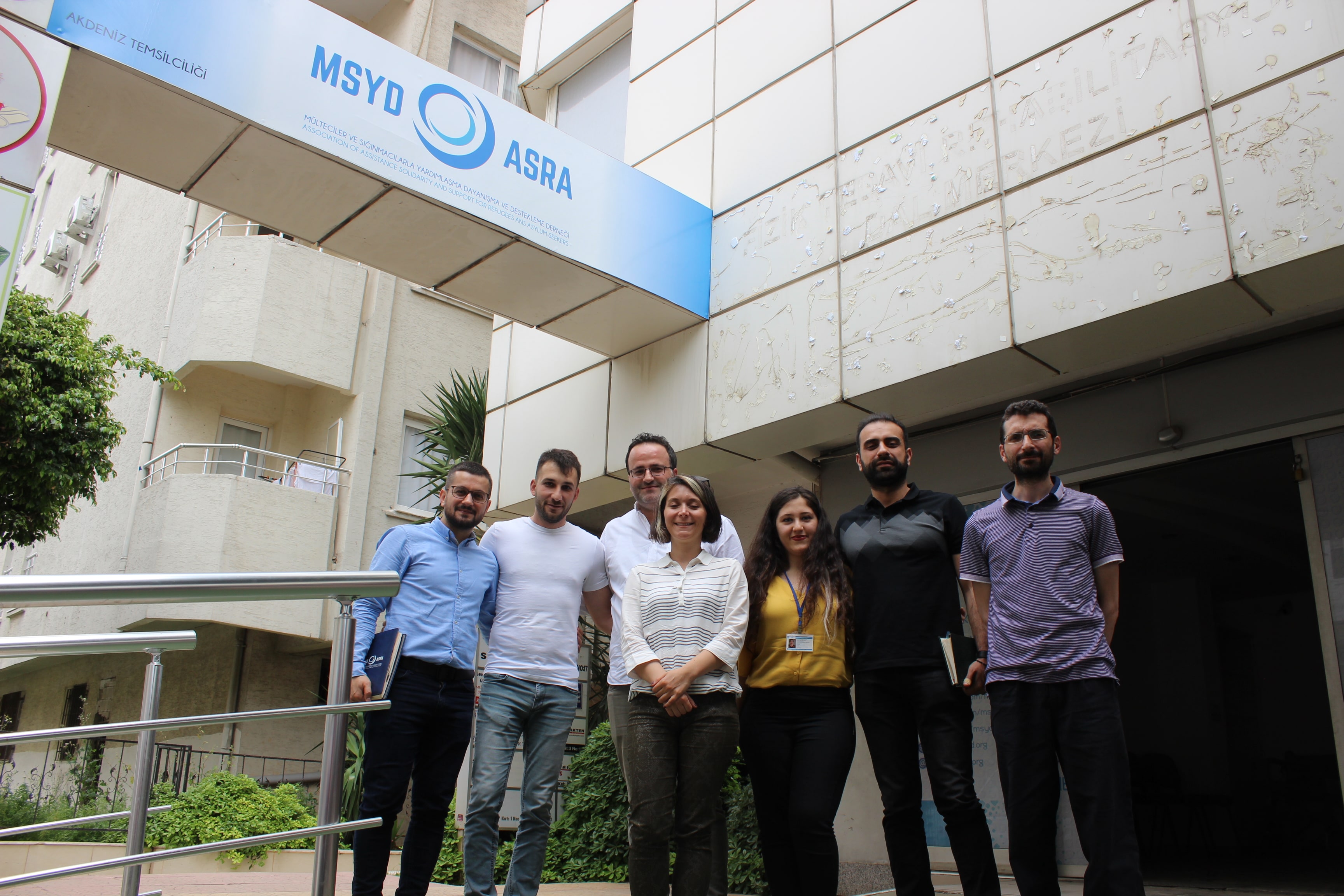 As a result, International Medical Corps partner MSYD-ASRA visited Ali in his home in May, telling him about cost-free physiotherapy services he can access in Mersin, offered to those living with a lifelong disability, like Ali, or those recovering from war-related injuries. The team also talked to Ali about how he had been feeling lately, leading to a decision by Ali to start attending counseling sessions.

Though he had been unable to walk on his own just three months earlier, Ali now visits MSYD-ASRA’s rehabilitation center for physical therapy sessions in Mersin unaided. And thanks to counseling sessions, Ali is feeling much better and has resolved some of the previous conflicts he had with his family.

“I have hope about my future now,” Ali recently told MSYD-ASRA’s team. “This program helped me find myself. It’s like I’m stepping out of my dark room.”

International Medical Corps and its partner MSYD-ASRA are happy to have helped add some light to Ali’s life. The partners are able to serve the Syrian refugee community in Mersin, as well as in other parts of southeastern Turkey, thanks to generous support from ECHO.