It had been more than four years since the small village of Timangolo, in Cameroon, became the reluctant host to as many as 7,000 refugees fleeing an armed conflict in the neighboring Central African Republic (CAR), yet despite a sharp jump in population, no one had the money to invest in a place where people could gather, relax and enjoy a meal.

Then a group of women decided to take a chance.

In 2017, an unlikely group of entrepreneurs—refugee women armed with an idea, some cooking skills and a lot of hope—built and opened Timangolo’s first and only restaurant. Within two months, the women were turning a profit. How they found the confidence, basic business skills and capital needed to bring their dream to reality highlights the success of an International Medical Corps program known as Women and Girls Safe Spaces (WGSS), and how it can empower even society’s most vulnerable people.

The idea of women’s safe spaces in unstable environments is not new and has grown widely over the past decade, especially in areas where strongly patriarchal cultures exist and the disruption of armed conflict or natural disaster can make women and girls even more vulnerable. Even so, opportunities can be found here: though women and girls are disproportionally exposed to traditional cultural barriers and safety risks, they are often the agents of positive change in their communities. Spaces created by programs such as WGSS function as safe havens that in crisis fulfill a critical need—where survivors of gender-based violence (GBV) can discreetly muster the confidence to report such incidents without fear of reprisal and receive immediate support. 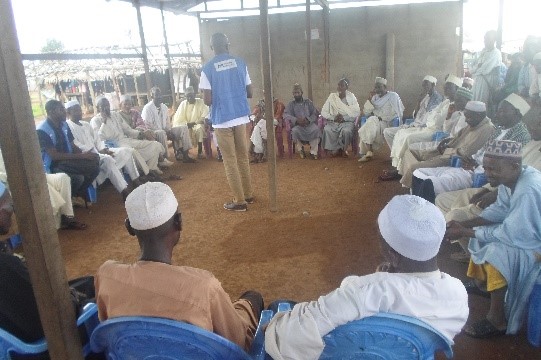 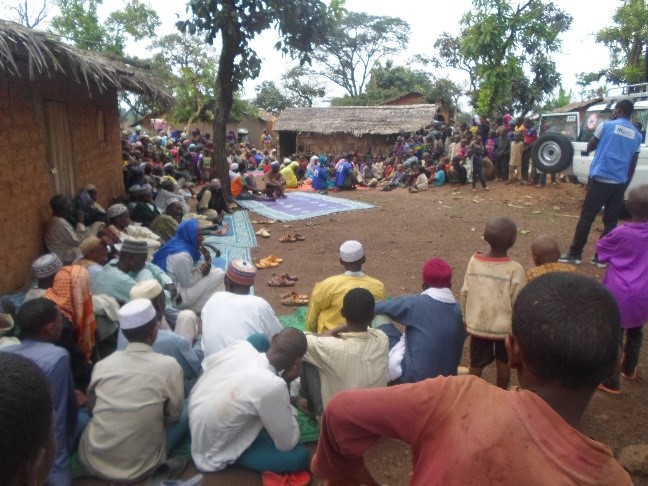 In more routine times, the safe spaces are locations where women and girls can gather in a protective environment, receive information, build support networks to improve their safety and well-being, and gain skills that can empower them.

In the case of the Timangolo restaurant, a safe space provided a place where the aspiring women investors first received encouragement to proceed with their project, then got the tools needed to launch it: advice from an International Medical Corps partner with expertise on running a business, plus a start-up grant of less than $100.

International Medical Corps is an acknowledged leader globally in the development of WGSS programs and has helped establish them in some 20 countries affected by humanitarian emergencies, including Cameroon. The programs have become an important part of our work to prevent GBV and to support survivors of such violence when it does occur.

In Cameroon, groups of vulnerable women and girls include refugees from Nigeria’s far north and western areas, as well as from CAR’s East Region and local host communities. In neighboring Nigeria, groups include residents of camps for internally displaced persons (IDPs) in and around the cities of Maiduguri and Damboa in the troubled northeastern areas, where the infamous Boko Haram militant group first began its attacks more than a decade ago and continues to be a malign presence, strengthened by an alliance with the Islamic State.

International Medical Corps’ technical coordinator for GBV programs in Cameroon, Jacqueline Uwimana, explains that there are three key components to our strategy for preventing violence against vulnerable women and girls:

Raising awareness within communities on women’s civil and human rights, and underscoring that culturally accepted traditions of inflicting violence upon women and girls are illegal, morally wrong and must be reported to authorities;

Adding capacity to raise awareness and provide essential assistance to survivors of GBV, including individual case management and the option for referral to complementary services; and

Empowering women to raise their voices, by creating women-led organizations within communities, and strengthening support networks for women and girls to provide them with skills that can generate income, such as embroidery, sewing, catering, trading, textiles and farming.

“The culture prevents women from speaking up at meetings or discussing issues in public like rape and other violence toward women,” says Hassana Pindar, who manages International Medical Corps’ WGSS program in Nigeria. “We urge them to speak out because it’s their right to do so.”

Yet Pindar admits it has not been an easy task. “When we started, the cultural barriers were too high,” she recalls. “Women had to ask their husband’s permission just to leave the house and come to the women’s shelter. Once here, they would nervously check the time to make sure they wouldn’t be late home. Very, very, very slowly they gained confidence, so that now it’s no longer an issue.”

The key to this change of behavior? A simple three-letter word: men. Long treated mainly as the central cause of GBV, men were instinctively viewed as the barrier to progress—the adversary of women seeking empowerment to do more with their lives. Though men certainly play this role, they are not destined to forever do so. They also have the power to transform community resistance toward women’s empowerment into wholehearted support, because in highly conservative, traditional societies, community leaders and elders—invariably men—are the custodians of these traditions.

“How could we change this without being helped by the keepers of traditions?” Uwimana asks rhetorically. “Impossible.”

Pindar agrees. “To gain acceptance of these new ideas in the community, we have to engage the men,” she says.

Faced with this reality, program managers like Pindar and Uwimana began reaching out to community leaders and others in positions of influence to convince them that oppression and violence against women and girls weaken the community as a whole. They also began to push back against community efforts to stifle the reporting of GBV-related incidents while promoting efforts to empower women by teaching them income-generating skills.

Uwimana says her team actively searched for potential partners among men in the in the community: those who sent their children to school, for example, or were known to help their wives, and who could understand the benefits of preventing GBV and of empowering their spouse by providing them with the option to learn skills that could add both to household income and to the community’s economy. They offered these men sensitivity training—within what Uwimana calls “Husband’s Schools”—where they could learn how to communicate women’s empowerment as a social benefit for both individual families and the community.

“We’ve learned we have to engage men in this, especially for violence prevention,” she says. “Once they get it, that’s when we begin to see progress.”

Progress has come in many forms—such as the organized pushback against plans by a local Muslim imam in the Cameroon town of Mblie to marry an 11-year-old girl. After eventually giving in to the pressure from other men involved in Husband’s School, he renounced the planned marriage and joined a village committee campaigning against gender-based violence. Today, when child marriages do occur, they usually are conducted in the community’s shadows.

In the Nigerian town of Auno, a 48-year-old husband and father named Mallam Dauda says that an International Medical Corps sensitivity session for men about the social and economic consequences of GBV changed his life. “I now often talk with other men about its dangers,” he explains proudly.

The lesson here is that when residents of both sexes work together to protect women and girls, and encourage active community engagement, the outcomes can be impressive.

“We’ve seen some wonderful results,” notes Pindar. “I’ve seen women who were hardly surviving who are now able to provide for their families and plan for their futures. The programs have changed, the design has changed. That’s why we’ve achieved success.”

Though Women and Girls’ Safe Spaces have existed for many years, there were few guidelines available for which strategies worked and which didn’t. To rectify this, in 2014 International Medical Corps began a two-year research project—with support from the US State Department’s Bureau of Population, Refugees and Migration (BPRM)—to study the effectiveness of the safe spaces created for refugees who had fled war in South Sudan for camps in Gambella, Ethiopia. Findings from this study reinforced our commitment to the safe spaces as an important approach for supporting women and girls.

In 2017, International Medical Corps partnered with the International Rescue Committee to develop guidance that could be used globally to implement safe spaces for women and girls: The Women’s Safe Space Toolkit (WSSTK), which is being developed through coordination with multiple agencies and piloted in four countries, with BPRM support. Work on the project began in early 2018 and is expected to take two years to complete.

Meanwhile, back in the village of Timangolo, the initial success of the refugee women restauranteurs led them to reinvest their initial profits in upgrading restaurant’s building. The upgrades generated profits of 300,000 Cameroon francs (about $520) over a period of five months—and started the women thinking about other possible ventures to empower themselves and the community.