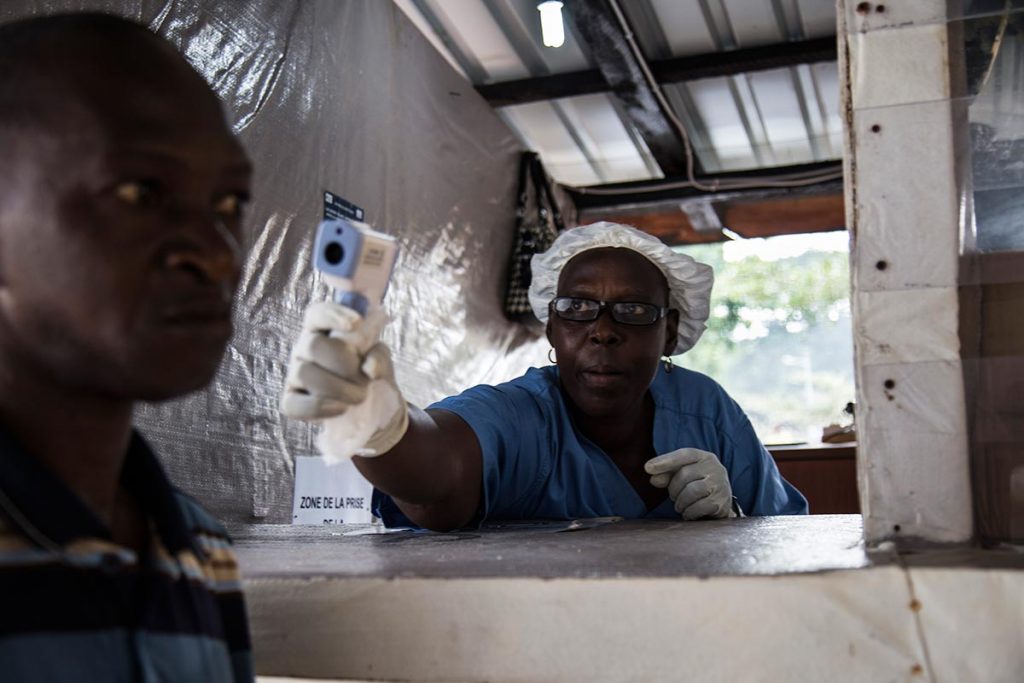 “I didn’t have hope, but I had courage.”

Marie-Claire Tchecoloa thought her life was over when she was admitted to an ETU in the Guinean capital Conakry in the spring of last year. A nurse at Donka Hospital, the country’s largest, for 15 years, Marie-Claire contracted the virus along with eight of her colleagues when they cared for a patient. “I couldn’t tell she had Ebola,” Marie says. “It is like malaria—the symptoms are so similar. At that point, we were not wearing cloves. Only surgeons and midwives got gloves.”

She spent two weeks in the ETU, fighting for her life. When the doctors said she could go home, Marie-Claire recalls being very afraid of the stigma and fear she would meet outside. She explains what was going through her mind at the time: “Will my children be afraid? Will I be able to touch them?”

When Marie-Claire arrived home, her daughters greeted her with open arms, ecstatic that their mother survived Ebola. “I felt so much relief,” says Marie-Claire. “I stayed one week at home and came back to [Donka Hospital].”

As a survivor, Marie-Claire felt she was in a unique position to identify the virus and fight the rumors and misinformation that was keeping so many people from seeking treatment. “If I am present [at Donka Hospital] I can save lives, so I came back to work,” she explains. But not everyone was so welcoming. “Everyone rejected me [at Donka Hospital],” says Marie-Claire. “I accepted it. I had to be a witness so I could save people.”

Marie-Claire’s fight against the virus that nearly claimed her life did not stop at Donka Hospital. She bravely went out into communities to share her story in an effort to convince people Ebola was real.

Her efforts caught the attention of the American ambassador in Guinea, who invited Marie to make a speech alongside him in a community. The talk was televised and when Marie-Claire came home that evening, she found her daughters sitting outside their home, their belongings scattered around them. The landlord saw the news and they were evicted—he would not rent to an Ebola survivor.

“We had to sleep on the street,” says Marie. “A teacher received us. It’s a very small apartment, but it is better there than on the street.”

Throughout everything, Marie-Claire kept working at Donka Hospital and battling misconceptions about Ebola. It is because of this remarkable courage and conviction that Marie was invited to the White House last year along with nine other women to receive a Women of Courage Award.

When asked why she thinks she was chosen for the award, Marie-Claire shrugs and replies, “I told the ambassador I am nothing in my country. I am like an insect around elephants…I don’t want power, just respect.”

Today, Marie-Claire is still at Donka Hospital, screening people for symptoms of Ebola at the triages that International Medical Corps created at the entrances to the infectious disease ward and the emergency room. “I love to work,” Marie-Claire says. “I studied so I could work.” 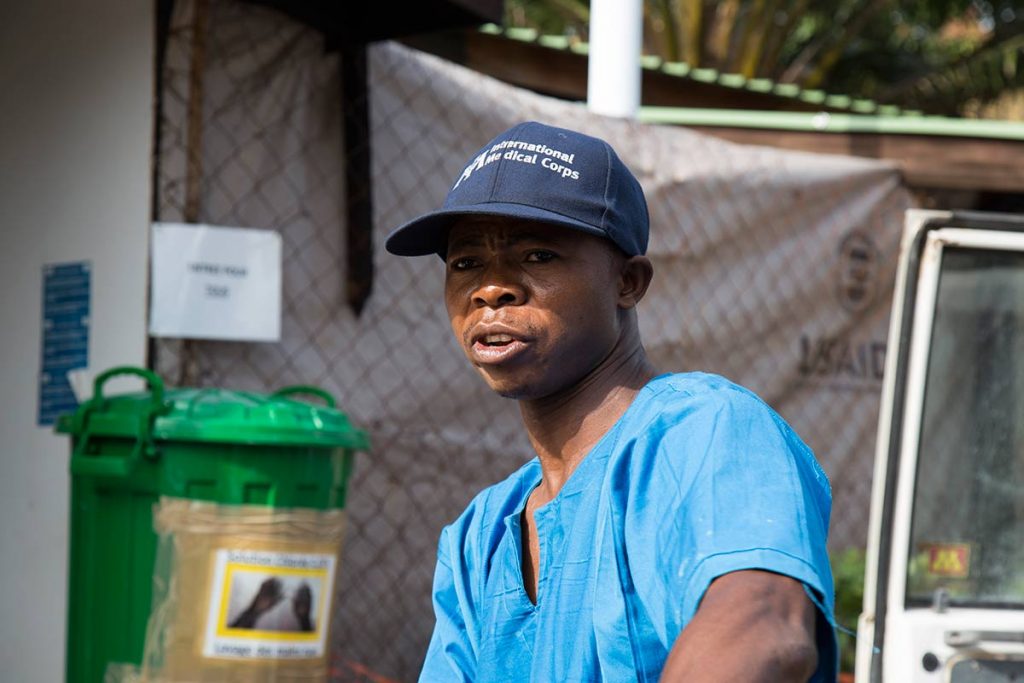 When Fara Gabriel Tinguiano reflects on the past year and a half, he feels proud of his contribution in the fight against Ebola in Guinea. “This is my contribution to improve the health of the population,” he says. “It was also a sacrifice—risking my life to save others.”

An engineer, Gabriel first worked in an ETU as a water, sanitation, and hygiene (WASH) system specialist. When the ETU closed, Gabriel joined International Medical Corps’ Rapid Response Team as the WASH lead, tasked with making sure their ambulance, personal protective equipment (PPE), and other supplies are sterilized and that the team follows strict IPC protocols to keep them safe from Ebola.

His greatest challenge in his work is the community resistance. “They used to threaten us,” Gabriel says. “They would surround us and say we were liars and insult us.”

Gabriel believes a lack of education is at the root of the opposition and defiance around Ebola. While the misconceptions about the virus are reducing, some still do not believe that Ebola is real, while others are suspicious that ETUs kill everyone they admit. “People are scared that when you go to the ETU they will kill you, even sell your body parts,” Gabriel explains.

He spends most of his days waiting at Phebe Hospital, the largest in the country, to transfer anyone who comes to the hospital with Ebola-like symptoms for testing. “I first make sure all the materials we use are in place,” he explains. “Then the medical staff investigates. The doctor tells us to start our work if the person meets the case definition [for a suspected Ebola case]. If it meets the case definition, I put on light PPE and divide the area into high and low-risk. I spray the ground and prepare the ambulance to transfer the patient. Two hygienists then go to collect the patient. After loading the patient, we disinfect the whole room.”

Throughout this process, Gabriel and his colleagues carefully explain what they are doing—and why—to the patient, the family, and the community chief to foster the trust and confidence needed for them to go about their work.

“Based on my experience, I think what the RRT is doing is good work because we respond rapidly to any disease in the community,” says Gabriel. “I hope the government will keep the RRTs going for other disease, not just Ebola.”