Donate Now
Fighting Malnutrition in a Nation at War on the Brink of Famine
Donate
October 26, 2018
Yemen
Written by Tyler Marshall

Impoverished conditions and a bitter armed conflict now deep into its fourth year are pushing more than a quarter of Yemen’s 29 million people ever closer to the brink of famine, United Nations officials have warned.

Despite deteriorating security conditions and growing challenges that hinder efforts to aid Yemen’s beleaguered civilian population, International Medical Corps remains active in the country. We continue to provide live-saving humanitarian assistance there, as we have since first arriving during calmer times in 2012 with the mission to help reduce chronic malnutrition and treat acute malnutrition among young children and nursing and pregnant women.

Today, we work in six of Yemen’s 23 governorates, including areas where fighting has been heavy and malnutrition is a constant danger. In addition to nutrition, we provide primary healthcare, water, sanitation and hygiene support, as well as programs to strengthen food security and access to income-generating jobs. Young children and their mothers and mothers-to-be are a constant focus of our assistance, as these groups remain among those most vulnerable to suffering during this crisis.

An estimated 3.3 million children and nursing or pregnant women are considered to be acutely malnourished. That’s more than 10% of the country’s population. In an especially heartbreaking statistic, the United Nations last year estimated that a child under 5 in Yemen dies every 10 minutes of entirely preventable causes. Without International Medical Corps, that figure would be even worse.

In Sana’a Governorate, International Medical Corps operates two of its five nutrition-stabilization centers in Yemen, treating an average of 15 children at each location at one time. Nutrition Program Manager Samuel Mbuto says that the children usually remain at the center for an average of eight days before transferring to an out-patient program, where treatment continues. Between January and September 2018, not one death has been reported among the 71 girls and 69 boys treated at the two centers.

“Results are impressive,” Mbuto says. “Most of the children respond very well.”
Yemeni mother Om Saleh can attest to that. A proud mother of twins—a boy and a girl—born in August 2017, she became concerned when her daughter, Intissar, struggled with diarrhea and vomiting after transitioning from breast to bottle feeding. Worried about losing their daughter, the baby’s father decided to take Intissar to our stabilization center in the village of Al Dorah, in Jehana district. When the seven-month-old arrived, she weighed just 3.9 kg (about 8 pounds, 9 ounces)—a size considered normal for newborns in most developed countries. 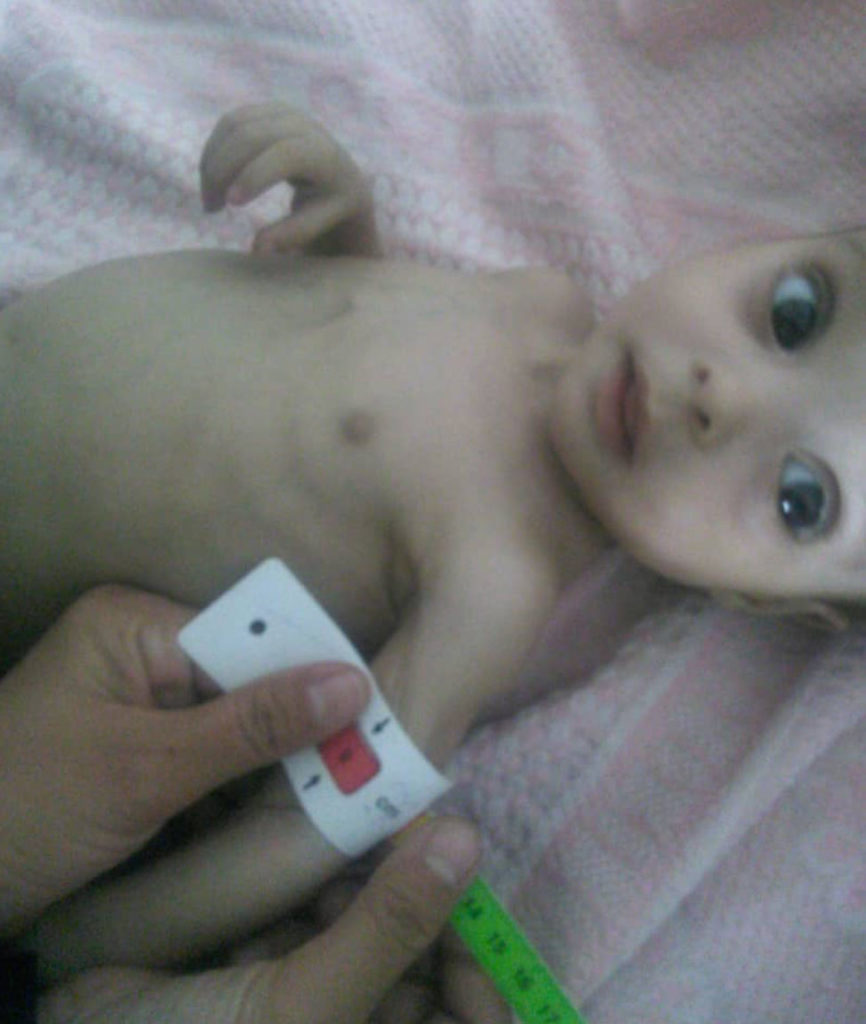 “They took very good care of my daughter,” Om Saleh said. “We had 24-hour care.”
After a week, Intissar’s weight increased to 4.1 Kg, a gain just less than one-half pound—and she was able to be transferred to the Outpatient Therapeutic Program.

Intissar continued to gain weight, and by her first birthday six months later, in August 2018, she was pronounced healthy. She was subsequently discharged from our Targeted Supplementary Feeding Program after completing the treatment in the Outpatient Therapeutic Program. 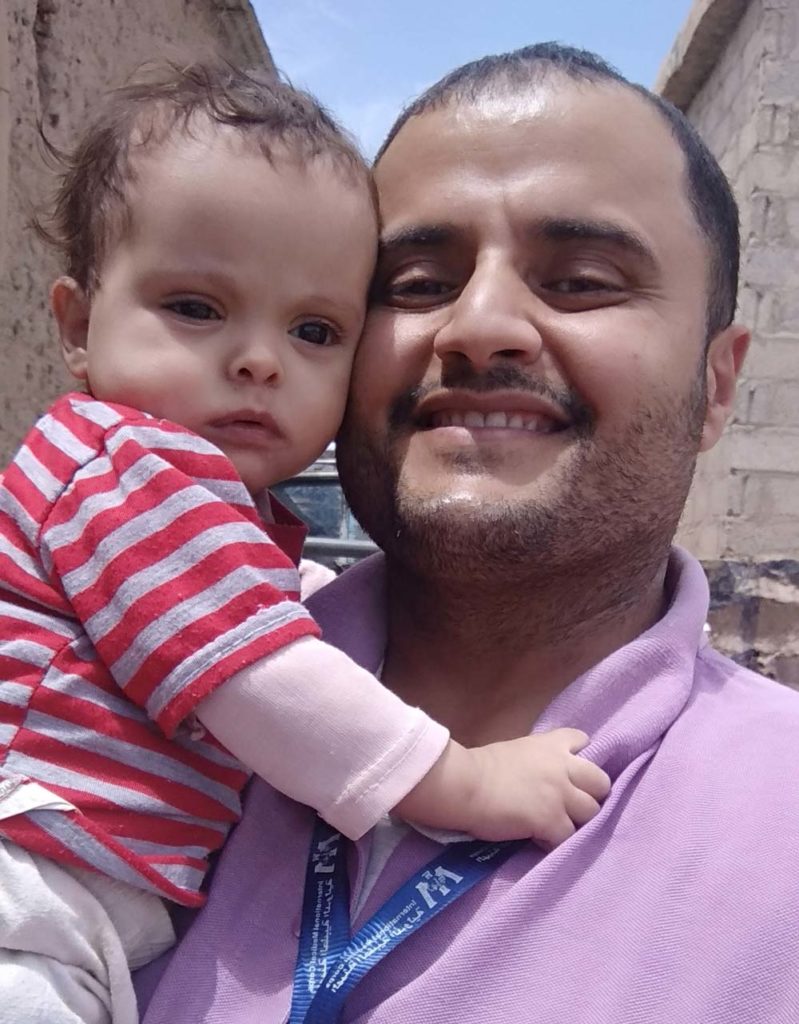 Intissar’s father told International Medical Corps staff that several people in their home village who had observed his daughter’s improvement asked about the treatment. When he told them that it had all been provided free of charge, other children from the village began showing up at the center.

As members of International Medical Corps staff in Yemen continue to save the lives of other children like Intissar, they admit they are worried about the looming dangers.

Fighting in and around Yemen’s main port city of al-Hudaydah threatens to severely disrupt the flow of goods into a nation that imports virtually all of its food, fuel and medicines. In mid-October, UNICEF Executive Director Henrietta Fore said, “Millions of desperate children and families across Yemen could soon be without food, clean water or sanitation services.”

In late October 2018, the Famine Early Warning Network, or FEWS NET—established by the US Agency for International Development in the 1980s to provide early warnings and analysis on food insecurity—issued a warning that closure of key domestic trade routes and the plummeting value of the Yemeni rial have sent prices for food and other essential commodities soaring beyond the reach of many Yemeni families.

“All Parties must act now to prevent a humanitarian catastrophe and protect human life,” the FEWS NET warning urged.

International Medical Corps will continue its work, fighting to save the lives of a population at risk.

As countries in the Horn of Africa experience worsening food security issues, our team in Ethiopia has been sharing...