Editor’s note: Since the outbreak of the war in Yemen in March 2015, the humanitarian catastrophe shows no sign of relenting. The registered death toll has reached 5,600 in the past eight months and 80% of Yemen’s 25 million people are now in need of humanitarian assistance.

Wael Alhaj, 29, heads the International Medical Corps office in Aden, which administers programming in both Aden and neighboring Lahj governorates. He is married and has two children, a boy, 3 and a half and a girl, 2. After graduating with a degree in general dentistry, he found himself involved in humanitarian work, becoming deeply engaged in a mission to use his basic lifesaving skills to serve people in great need—especially children and the elderly.

Dr. Wael joined us in June 2014, first as a nutrition program officer, then as a senior health and nutrition officer before becoming head of the Aden office. He writes about his humanitarian work and life in Aden in the wake of heavy fighting that destroyed parts of the city earlier this year and left its residents facing enormous challenges and an uncertain future.

When the war began last March, the International Medical Corps office in Aden operated programs supporting 18 health facilities and 5 mobile medical teams located in neighboring Lahj Governorate. We also ran nutrition, health care, food security and water, sanitation and hygiene (WASH) programs. Fearing that war might come, we made contingency plans early in the year to ensure we could deliver up to four months’ supply of medicines, therapeutic food, and other supplies and equipment to our program locations even if war broke out. 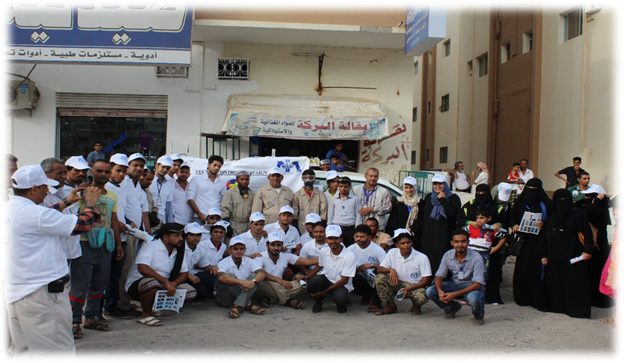 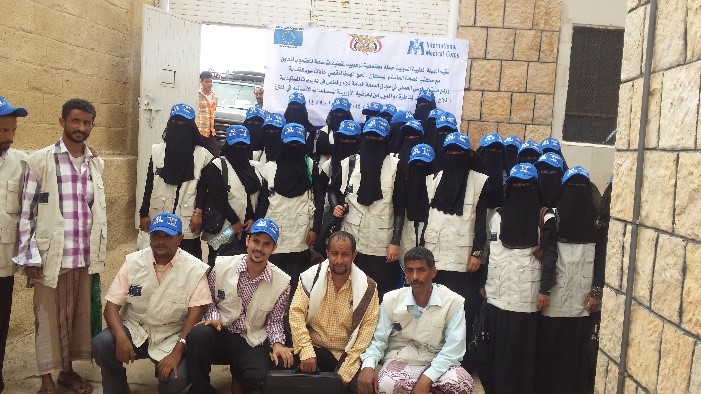 Two weeks after we completed that distribution, major fighting began and movement between governorates as well as between districts, became very difficult. During the fighting most members of International Medical Corps’ Aden staff became internally displaced persons (IDPs) and were forced to move from one district to other in order to remain safe. We started making rapid assessments of health facilities and expanded our programs to include nearly double the number of health facilities, four hospitals, one maternal and child health center and six mobile teams in Aden and Lahj governorates.

We also led efforts to respond to dengue fever and malaria outbreaks that occurred last May in Aden Governorate, conducting vector control campaigns along with community mobilization and educational efforts. We consistently worked closely with partners on the ground.

The support includes primary and secondary health care to improve health and nutrition levels, especially for children under 5 and pregnant and lactating women as trauma care and mass causality management as well.

After the battle for Aden ended in the summer, we focused on working closely with all stakeholders to ensure the best possible implementation of our programs in the unstable conditions that followed. Those conditions still remain today, with many armed groups visible in the streets.

I’m hoping the situation can improve soon because we have suffered a lot since war broke out. Most families were forced to flee their homes during the fighting and far too many of those families remain displaced today in remote and harsh areas.

I’m hoping my family and I can soon settle into a routine and start to live a normal life again. My children need to be together with other children and begin their school years in a good educational environment so they can learn to become good members of the community. Living in a stable environment will also improves the chances of building strong health care services –something that currently is a struggle because of the war.