U.S. president Barack Obama may have ordered the withdrawal of troops from Liberia, the hundreds of media personnel may have bought their tickets home and global interest in the epidemic may be waning, but Ebola is still very much a real threat in West Africa.

No one is more aware of that than staff at International Medical Corps who have been gearing up for many more months of coordinated and targeted assistance.

The program in Liberia is not only designed to help rid the country of the disease, but also to help rebuild a struggling health system and ensure that facilities are safe for patients and staff alike.

Making sure no one with Ebola enters such a facility is therefore crucial.

“The opening of the Screening Referral Units (SRU) makes it a lot safer for health workers because they know that people are being questioned before they come into the hospital,” said Sonah.

An SRU is a Screening Referral Unit, the first point of contact for anyone who wants to enter the health facility, where they are taken through a series of questions about their current health and recent contact history. They’re also given a temperature check.

International Medical Corps’ primary goal is that every patient, visitor, and staff member entering the health facility is screened to ensure they are not Ebola-suspects.

“We’re trained in what questions to ask and what to look for,” said Faith Robertson, a registered nurse who trained with International Medical Corps and now works at the Phebe SRU.

“We’re not just asking yes or no questions, we’re also looking directly at the person for any physical signs of Ebola,” she said. 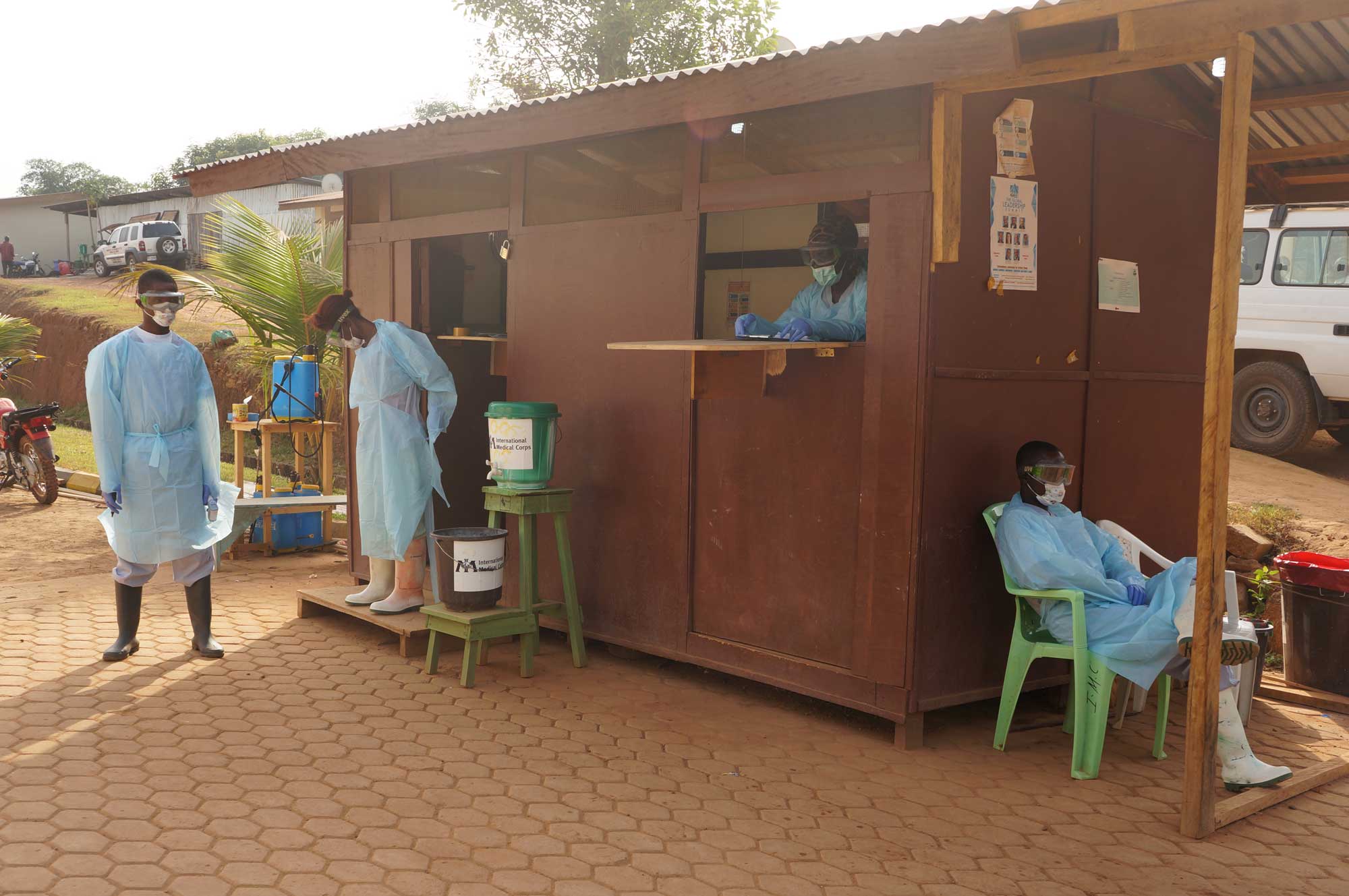 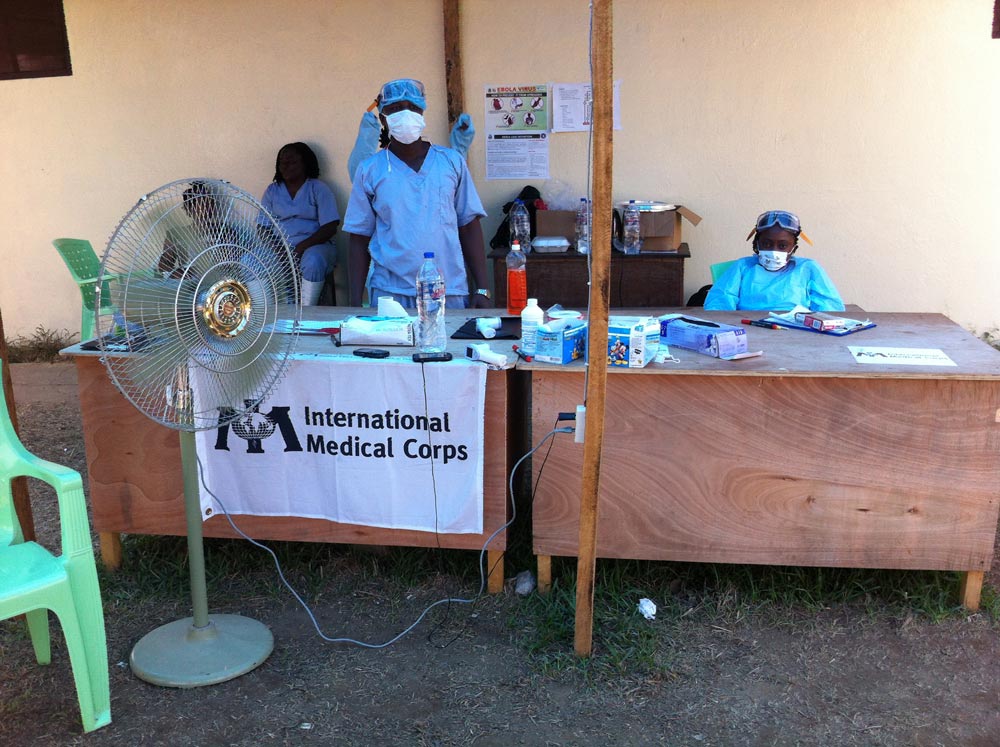 In the first four weeks of operations, the two units have safely screened over 22, 500 people.

On average around 800 patients, caretakers, visitors and staff enter the hospitals each day.

It’s a lot of people to monitor, and without effective screening the chance of someone with Ebola entering the hospital is greatly increased.

“The SRU is a relief to all people,” said Sonah.

“Staff at the hospital feel more relaxed since the SRU was established,” he said.

“It’s created more confidence in the health system, more people are visiting the hospital knowing that they will not be mixed with people who might have Ebola.”

International Medical Corps has recently assisted in the opening of another two SRUs at the Benson and Cooper hospitals in Monrovia in the hope of curbing the spread of Ebola and helping provide a safe and effective health system.

“You talk and then you do something,” he said.

He spoke of the sadness of losing so many colleagues to Ebola, but also of the hope that International Medical Corps’ SRUs will greatly reduce the chance of Ebola entering Liberian hospitals again.