Out of a population of 108 million, only 6.1 million vaccine doses have been administered in the Democratic Republic of the Congo (DRC) so far. Convincing people to be vaccinated is still a big challenge, and there are many reasons why vaccination isn’t yet widespread. Some people lack information about the vaccine, while many others are simply losing interest in a pandemic that has mainly claimed victims in urban areas, including the capital city of Kinshasa, and Goma in the eastern part of the country. The DRC has experienced many deadly epidemics, which should incentivize the population to be vaccinated—but this has not been the case.

International Medical Corps has been running educational activities in the cities of Beni, Bukavu, Goma, Kinshasa and Uvira, trying to reach groups who are thought to be the most reluctant to get the COVID-19 vaccine. One activity in Goma in early July specifically targeted a small group of motorcycle-taxi drivers, teachers and journalists. After the activity, more than 60% of the participants chose to be vaccinated on the spot. The motorcycle drivers who received the vaccine surprised us the most. The motorcycle taxi is widely used as a means of transport in the cities of eastern DRC, and generally these drivers are seen as being very suspicious of public health messaging. 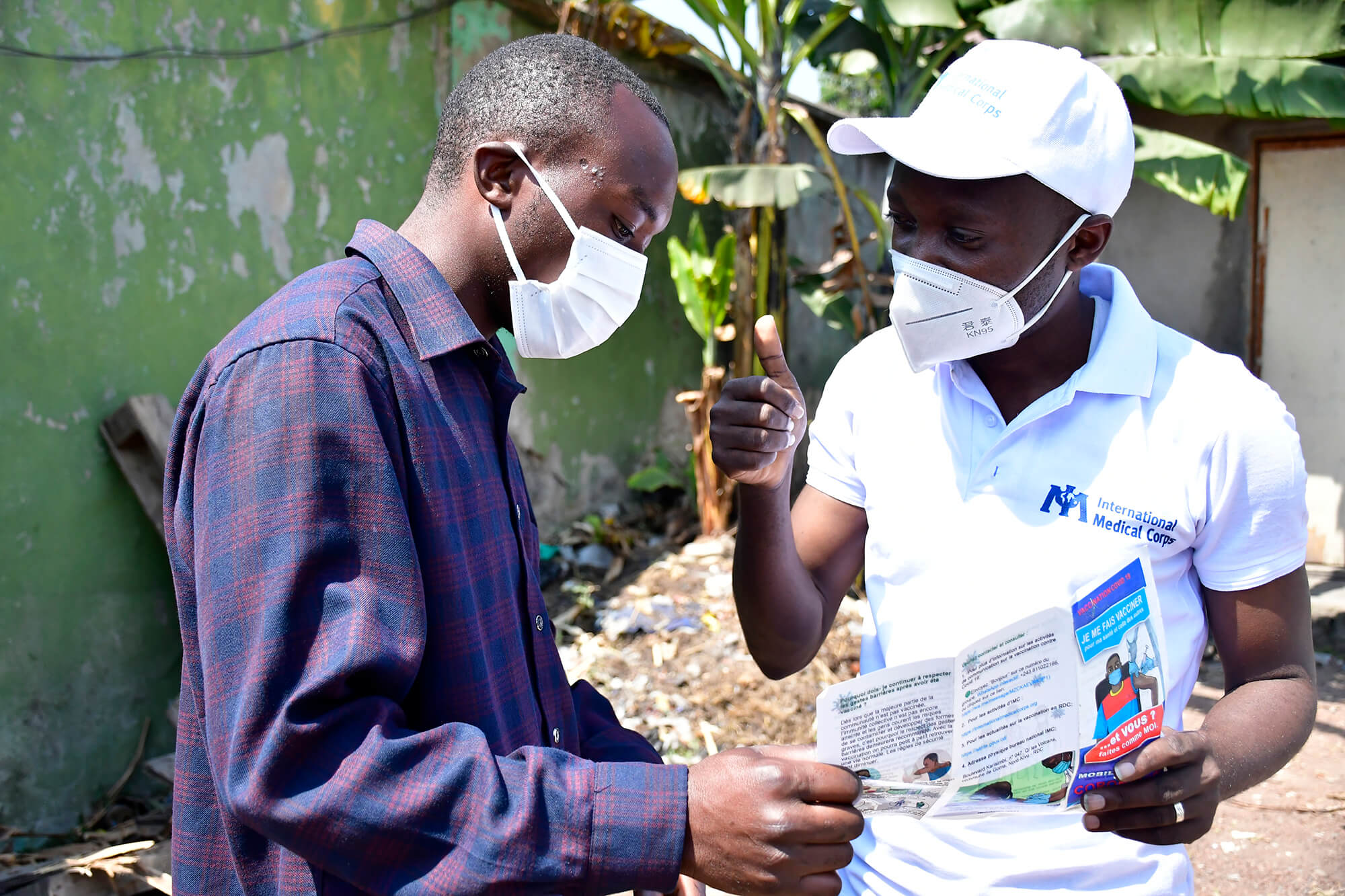 Taxi driver Elias Buchike acknowledged that many of his colleagues have been reluctant to get vaccinated. But he said he now had more clarity about the vaccine after hearing our staff’s explanations during the awareness session. He indicated that this was the reason why so many had chosen to get vaccinated after the session.

In part because of International Medical Corps’ work, hundreds of newly vaccinated people are being registered every day in DRC’s cities.