International Medical Corps is fortunate to have had many partners and supporters throughout the years, including philanthropist, former model, mother and businessperson Hope Dworaczyk Smith. While supporting our work through personal donations, she also has traveled to our field operations to see firsthand the challenges that mothers and newborns face in crisis and conflict areas. Hope has ensured that a portion of purchases made through her skincare brand, MUTHA™, supports our work throughout the world.

Born and raised in the small town of Port Lavaca, Texas, Hope was ambitious early, graduating from high school at 16. She competed in and won the Miss Teen Texas America competition, which led to attention from a modeling agency. Hope soon found herself representing top brands throughout the world.

Though modeling was and continues to be a passion, Hope dreamed of doing more. She earned her esthetician license in 2003 and opened a spa in 2005, worked on television as a host and producer on Inside Fashion (Canada) and was a contestant on “Celebrity Apprentice.” In 2019, after marrying Robert F. Smith (a philanthropist who is Founder, Chairman and CEO of Vista Equity Partners) and becoming a mother, she launched MUTHA.

A Champion for Women and Children

Throughout her life, Hope has partnered with organizations that help women and children in vulnerable situations.

“My charities are always tied to women and children,” she says. “I grew up watching children who were underserved, and single mothers who were struggling.”

Working with International Medical Corps was an easy choice for Hope, given the organization’s long history of working with communities and local health authorities to improve the health of expectant women and children, create better health outcomes and reduce common childhood illnesses and deaths. She and her husband started supporting us in 2016 and subsequently were honored with our Humanitarian Award at our 2018 Annual Awards Celebration.

Eager to get more involved, Hope toured the Azraq Syrian refugee camp in Jordan, where she visited our maternal health program, which provides pre- and post-natal care, as well as delivery services, to women in the camp. She also learned about the other services we provide in the country, which include primary healthcare, mental health and psychosocial support, youth empowerment and training, and treatment and prevention of gender-based violence.

After her visit, Hope was inspired to increase her support to International Medical Corps, dedicating between 5% and 10% of all of the proceeds from MUTHA to our maternal health programs. 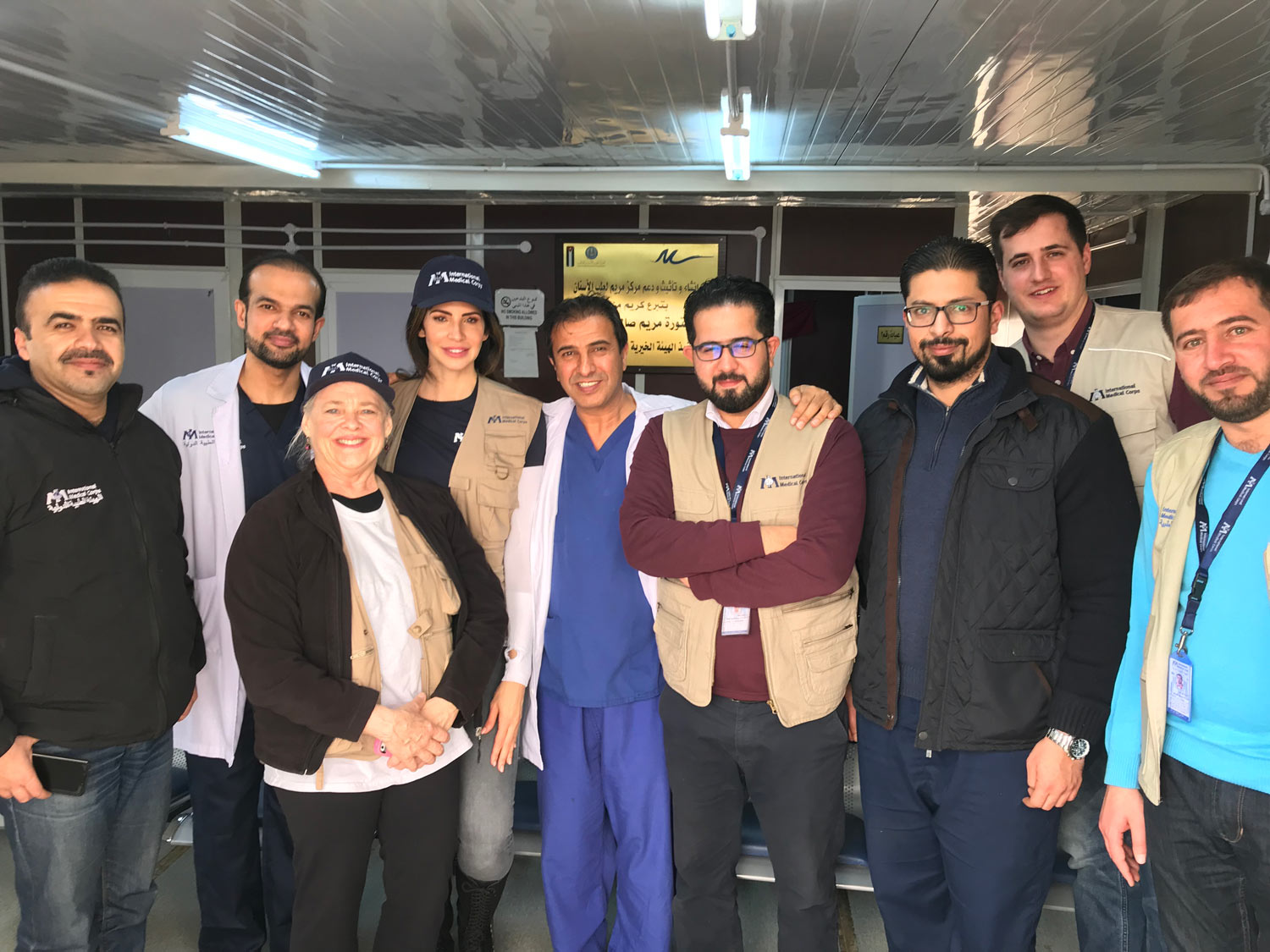 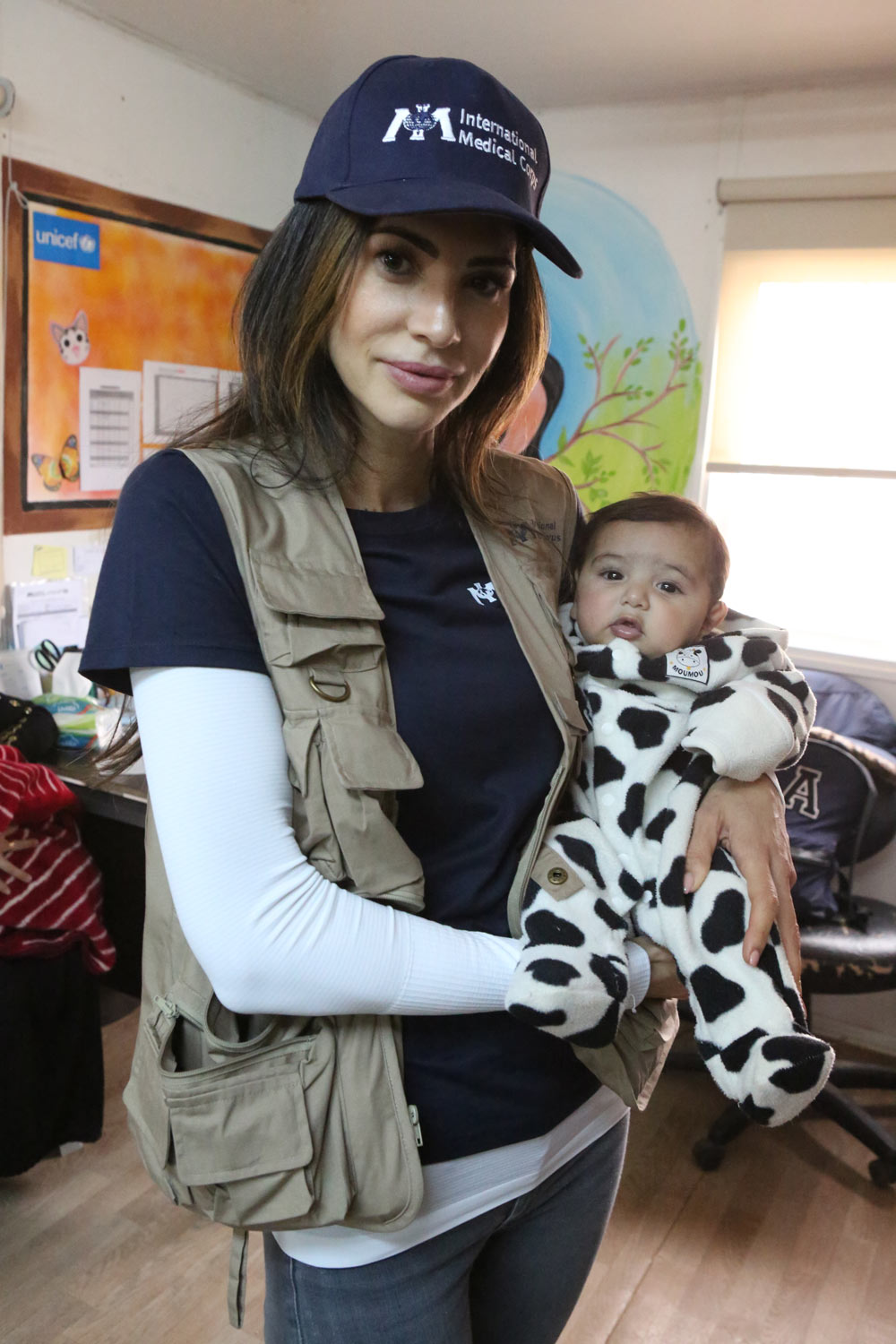 “Changing the lives of the most vulnerable amongst us makes me feel more powerful than anything else I do,” says Hope about her donations. “One of the ways we do this is through our giveback partnership with International Medical Corps, to educate nurses and midwives where maternal and infant mortality is the highest.”

Hope also remains a part of International Medical Corps’ Leadership Council, collaborating with other members to help maximize resources for the delivery of relief and development activities.

In late summer 1992, as New York City-based artist Jolie Stahl was about to give birth, news headlines were...