In late summer 1992, as New York City-based artist Jolie Stahl was about to give birth, news headlines were dominated with images of the famine and civil war ravaging a population halfway across the globe in Somalia. Staring at the harrowing images of mass starvation on television, Stahl could not reconcile the yawning abyss between the privileged life her child would inherit and the lives of Somalian babies dying due to circumstances wildly beyond their control.

Meanwhile, a small group of doctors and nurses from International Medical Corps, led by its young CEO Nancy Aossey, were risking their lives daily, defying warring clans and young kids wielding AK47s, to bring emergency assistance to the Somalians dying of starvation in the streets and alleyways of Mogadishu. International Medical Corps had been in Somalia for months trying desperately to sound the alarm about the unfolding crisis—until, finally, The New York Times broke the story and the world woke up to this nightmare.

Back at International Medical Corps’ LA headquarters in September 1992, Nancy received a letter from two strangers: Jolie Stahl and her husband, Robert Dannin. They wrote of the world their child was being born into, a world of baffling disparity that cast lives of privilege and hardship with the confounding randomness of rolling dice. They enclosed a generous check, with the hope that if even one child’s life in Somalia could be saved with the funds, their child would have a spiritual brother or sister on a continent far away—connected not by blood, but by their shared humanity.

“I still get shivers to this day—30 years later—every time I remember their letter,” says Nancy. “It had such a profound impact on me.” Stahl had written it after calculating the expense of giving birth in New York City—a series of doctor appointments that had accrued to roughly $11,000 at the time. She remembers thinking, “if I get to have a healthy child, why don’t I send that same amount to an organization that benefits children who don’t have access to healthcare?”

Nancy was moved by the solidarity demonstrated in the letter with those working to save lives in the most extreme circumstances in forgotten corners of the world. She sent it to International Medical Corps’ field offices in Somalia, who felt Stahl’s deep compassion reverberate across the ocean.

For almost three decades, Stahl has been an avid supporter of International Medical Corps, serving on its board for many years. “There’s just something about Nancy. She is absolutely dogged in her dedication to relieve suffering,” says Stahl, who firmly believes in the founding values of the organization: namely, training local people to be their own first responders; going into the most dire situations to reach those living in the poorest, most underserved communities in the world; and staying above the political fray to focus on the work that needs to be done to save lives.

Today, Stahl reflects on the world her daughter is navigating as a young adult. “I can’t even imagine what she faces,” she says. But though her daughter is “very much her own person,” with unique and evolving interests and passions, Stahl’s most important lesson for her has remained consistent: “If you have privilege, you have an obligation to share it. Relieving pain is a privilege and an obligation.”

Following decades of contributing exclusively to International Medical Corps projects in Africa, Stahl established the Jolie Stahl Emergency Response Fund in 2018, after realizing that what the organization most desperately needs in “these extremely troubling times” is unrestricted funding. Such funding gives International Medical Corps the ability to respond anywhere at any time, rather than having to wait to raise funds after an emergency has already hit, with lives hanging in the balance. “What I’ve seen is that, when you give unrestricted money, it doesn’t take much to make a huge impact,” says Stahl. “And I wanted to be able to give Nancy and International Medical Corps the freedom to make that huge impact.”

“Jolie understands our need for flexibility. She knows that funding gaps are one of our biggest challenges as we strive to reach those who are truly the hardest-hit and most underserved,” says Nancy. “Since that memorable day when I first met her and her family, I remain struck by her extraordinary empathy and compassion. Through her emergency response fund, she turns ideals into concrete action.”

Since 2018, Stahl has donated more than $1.5 million in unrestricted funding through her emergency response fund. In contrast with specific grants or funding raised for a particular emergency or region, unrestricted funds help cover massive gaps in critical programs, of which there are many across the globe. For example, the Jolie Stahl Emergency Fund filled key gaps in International Medical Corps’ successful efforts to stop the deadly 2018-2020 Ebola outbreaks in the Democratic Republic of Congo (DRC), supporting our treatment facilities with lifesaving medication as well as personal protective equipment (PPE) to keep our health workers safe.

Stahl’s funds provide vital health services in remote, underserved communities to treat deadly but highly preventable diseases, such as malaria and diarrhea. She has supported our polio surveillance project to help eradicate polio on the continent of Africa, and recently filled critical gaps in our response to an outbreak of measles in the DRC. In Jordan’s Azraq camp for Syrian refugees, she supports the main hospital and several primary healthcare facilities, which together reach about 10,000 people a month. Her funds also have been used for emergency nutrition programs in highly impoverished communities in Mali, Nigeria and South Sudan; water and sanitation needs in drought-stricken Ethiopia and Jordan; and gender-based violence prevention and treatment, as well as mental health activities, in conflict-ridden Libya.

To join Stahl at the front of the line in solidarity with those on the frontlines, make an unrestricted, flexible donation today. Your contribution helps International Medical Corps be ready for disaster anywhere, anytime to meet those most in need. 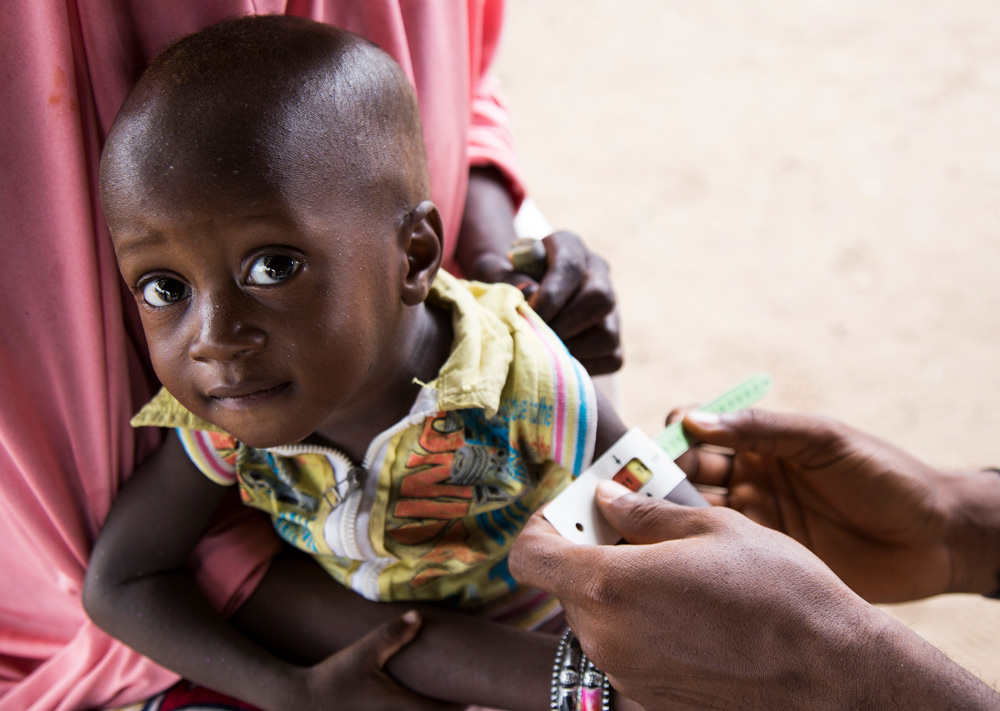 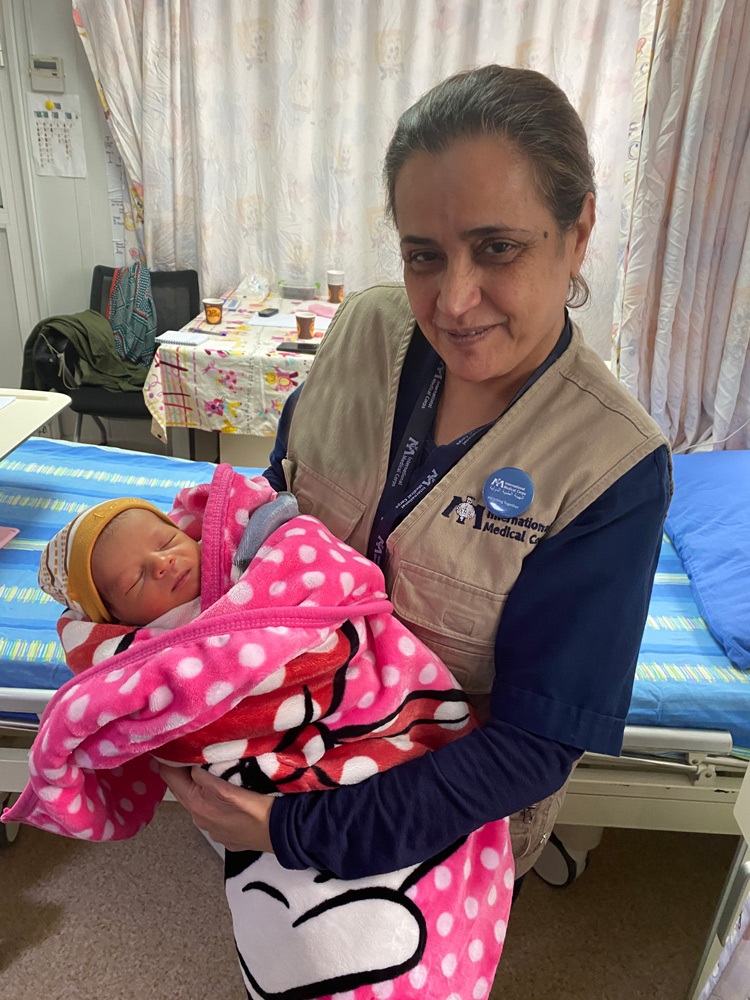 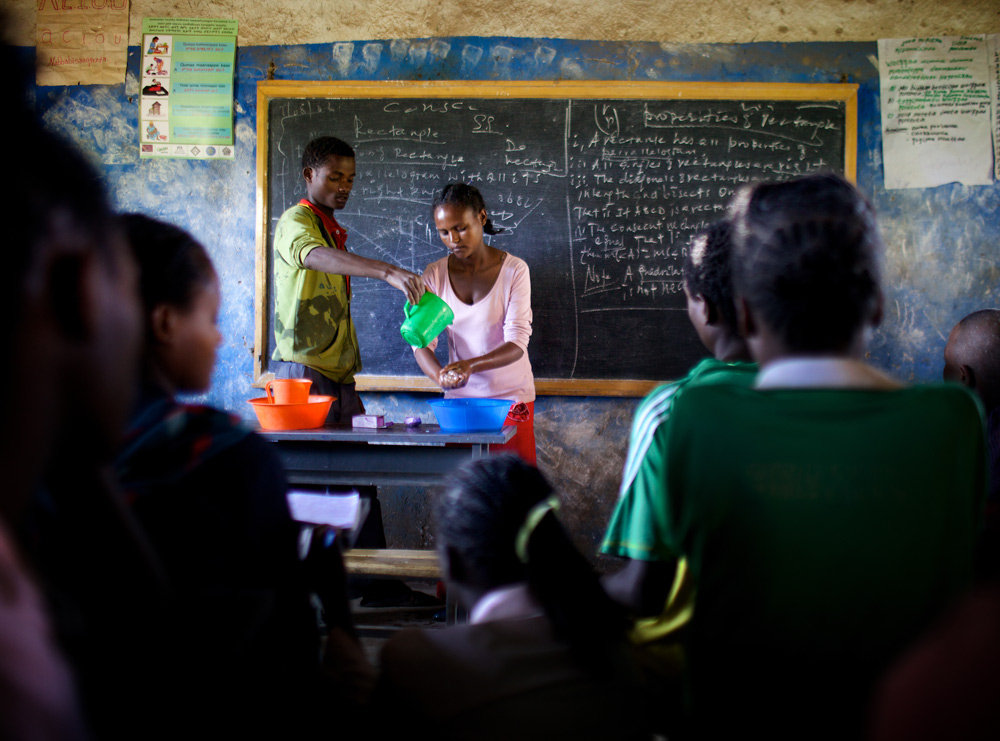 International Medical Corps is fortunate to have had many partners and supporters throughout the years, including philanthropist, former model,...