Kais Abdo says he never expected all-out war to come to Yemen. But when it arrived last March and turned his life upside down, the 35-year-old water, sanitation and hygiene (WASH) specialist working out of the International Medical Corps office in the city of Taiz adjusted quickly to the extraordinary challenges it brought.

Previously involved in a community-level program to improve sanitation in remote areas of Taiz Governorate, Kais and his WASH team quickly became part of a broader effort on the part of international NGOs operating in Yemen to distribute emergency assistance to those caught up in the violence. 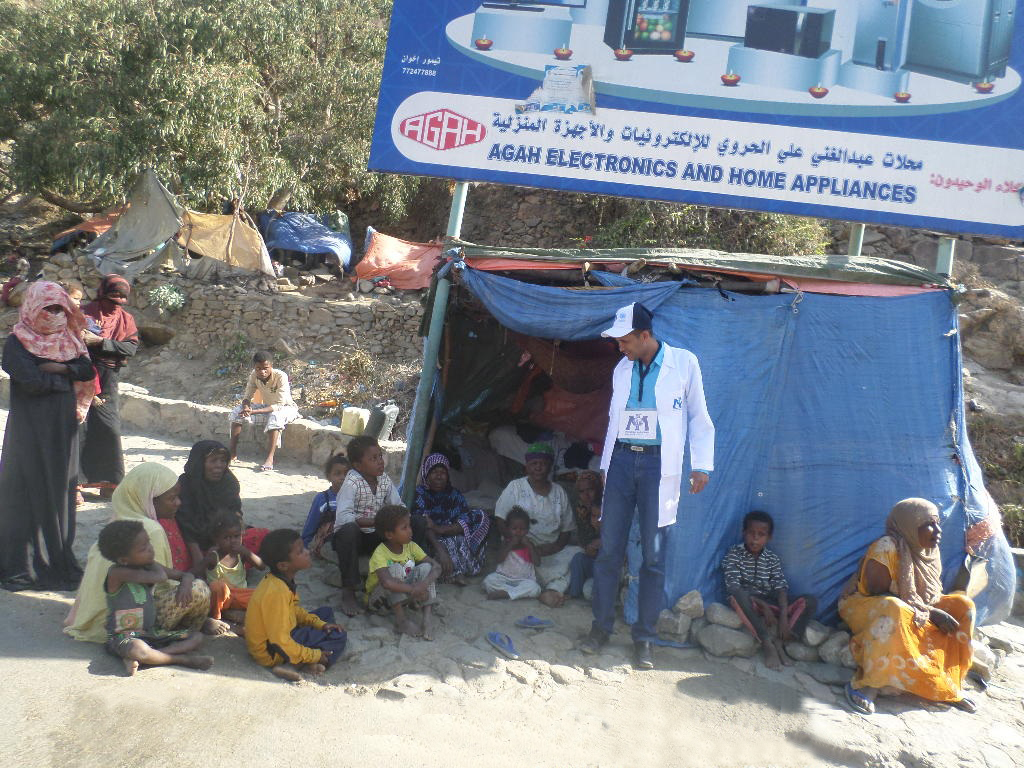 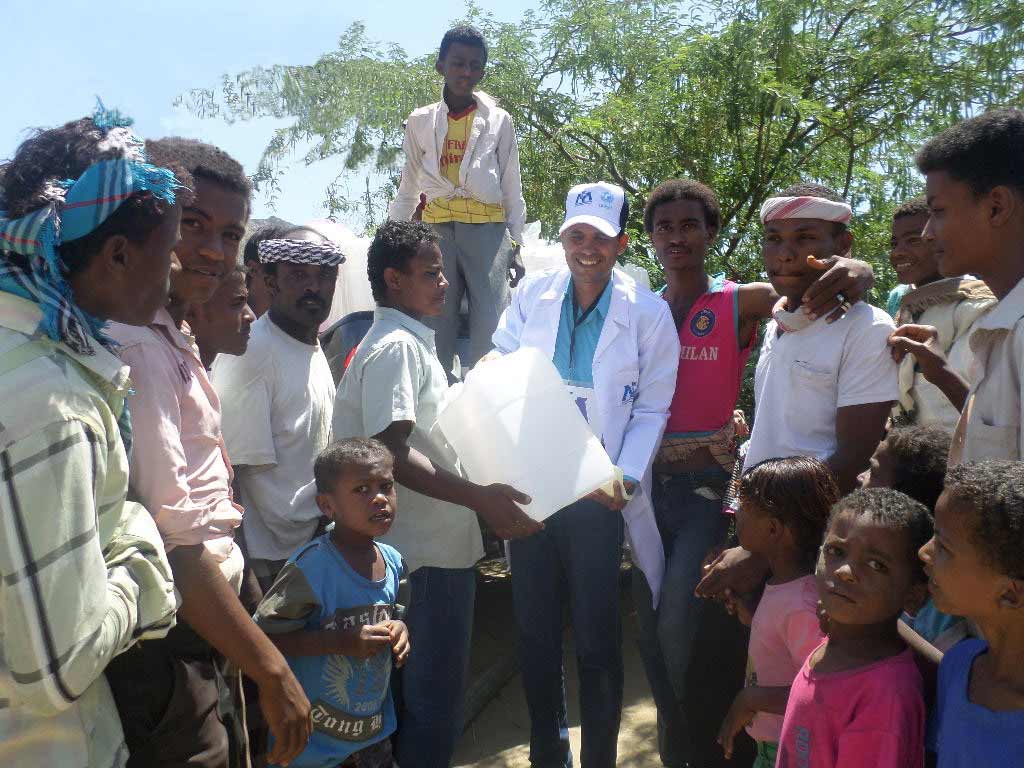 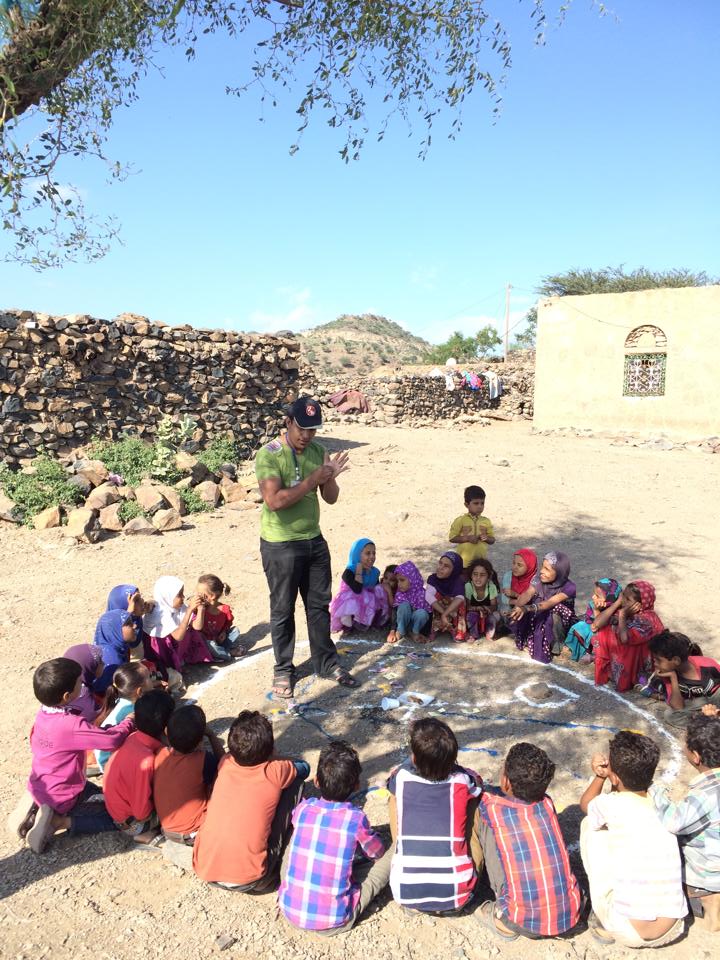 “In just 72 hours, we switched to emergency work,” he explained. “The setting of humanitarian work changed drastically and we had to adapt to it.”

It has been a demanding and dangerous task. In the months since the conflict erupted, Kais has worked long hours and made personal sacrifice—at one point turning his dwelling in Taiz into both an office and a safe place for his entire team of water and sanitation specialists to live amid the violence. He has been detained at a checkpoint for hours amid heavy fighting in the area before finally being released. Through it all, Kais has focused on one goal: getting aid to those in great need.

The level of his commitment to help others in the heat of crisis, even in the face of great personal risk, is in the finest traditions of true First Responders. It is also an example of the dedication that enables International Medical Corps to operate successfully in the world’s most challenging environments.

“Kais and his team have demonstrated a positive and inspirational attitude during this emergency response, and have demonstrated a true humanitarian spirit which has been an example to us all,” said Judith Harvie, a senior member of International Medical Corps’ Yemen staff.

Living with his wife and two small children in a rural area 90 minutes from Taiz before the war began in March, Kais immediately rented an apartment in the city when the shooting started in order to be closer to the International Medical Corps office and those in the city who needed assistance. When a house near the office took a direct hit during an airstrike on the city, Kais ordered his team to evacuate, offering his new apartment as an alternative. As the violence escalated, Kais decided the safest, most efficient solution was for the team—14 in all—to move into the apartment and make it a temporary home-office until the fighting eased.

“We stayed together for two weeks until things calmed down,” he recalled. “Inside the apartment, we worked as one team, committed to the task of supporting those needing assistance. We planned our day according to events. We increased our efforts to support those forced to flee their homes because of the fighting and supported three hospitals in Taiz, including helping them get sufficient water supplies. We also tripled our distribution of hygiene kits, reaching more than three thousand households whose members had become internally displaced.”

Kais said that if he spots someone in obvious need of specialized care while conducting his own work as a WASH officer, he informs the appropriate International Medical Corps specialist of the need. On one recent trip to the field, he came across a displaced mother feeding her baby dirty water because she had no milk of her own. He immediately reported her condition to members of the International Medical Corps nutrition team, who responded to assist both mother and child.

Through it all, Kais says what drives him is the knowledge that his work makes a difference.

“Whether we work in development or emergencies, our interventions have a long term impact,” he says. “We not only train people. We create committees of volunteers who follow up to bring change to their own community.”