In 35 years of lifesaving work, medical volunteers have been at the heart of our response to humanitarian disasters large and small.

In our very first emergency response, in 1984, International Medical Corps volunteers trained young Afghan men as paramedics to serve vast areas of Soviet-occupied Afghanistan left with no healthcare amid the conflict to expel the invaders. In the years since, our volunteers have helped save countless lives in scores of major emergencies on six continents.

Today, they have answered the call again. This time, volunteers are stepping up to help care for those struck by the largest health-related disaster in modern times: the COVID-19 pandemic that has affected millions of people in just about every country on Earth.

International Medical Corps teams working around the world have swiftly adjusted to the pandemic, implementing separate COVID-related activities where needed or adding them to existing programs, to protect the people we serve.

But it is in the United States where our volunteers have most recently deployed, as part of a nationwide effort to provide resources to hospitals battling COVID-19, including those in Los Angeles, New York, Detroit, Chicago and Puerto Rico. In many cases, these volunteers have deployed to fill gaps in hospitals where the regular staff has been thinned by illness, exhaustion or both.

Gordon Johnson, a physician who normally practices internal medicine in the Portland, Oregon, area, volunteered with International Medical Corps for two weeks at New York’s Maimonides Medical Center in Brooklyn, assisting with hospital admissions of COVID-19 patients, working with resident doctors and nurse practitioners doing rounds, and caring for patients. With the number of COVID-19 cases in Oregon running at roughly 1% of those in New York, he said he felt the need to serve where his skills were most needed.

“It was extremely frustrating for me to sit in Portland, where our hospital occupancy was low, and watch television footage of my counterparts in New York struggling so hard, being overwhelmed by the volume of seriously ill patients,” he says. “Fortunately, International Medical Corps was able to handle all the logistics and paperwork, and suddenly I was here. I never could have done it on my own. I’m very grateful to have this chance to help.”

So are some of the patients he’s seen. One man, after learning that Dr. “Gordy” had come all the way from Portland, insisted he promise to thank his family for letting him come so far to help.

Johnson says the real heroes are the nurses who do so much of the routine care—which, for COVID-19 patients, can get complicated. For example, if a caregiver is helping one patient and something urgent happens with a patient nearby, they can’t just step next door to deal with it and return quickly to the original task. They must first remove all their personal protective equipment (PPE)—gloves, two masks and two gowns—then put on new, completely clean equipment before checking on the neighboring patient. When returning to the first patient, the entire process must be reversed.

Johnson also uses the word “hero” to describe those working for hospital environmental services—the housekeepers—for their thankless work, scrambling to keep the hospital rooms clean and supplies stocked while constantly putting themselves at risk.

What surprised him most about a hospital under siege from this dangerous virus?

“The calm,” he says without hesitation. “With the stress, the exhaustion and the constant uncertainties surrounding life and death, I expected people would be short-tempered, yelling at each other and angry about the conditions in which they have had to work. But it’s not like that at all. They’ve accepted that conditions are overwhelming and they are just getting on with it in the very best way they can. It’s remarkable.”

Amy Bowen, a registered nurse from Lake of the Ozarks, Missouri, who is volunteering at the same Brooklyn hospital in the surgical intensive-care unit (SICU), now filled with COVID-19 patients, says that the unprecedented conditions—the crushing patient load, staff concerns about their own protection, fears of running out of key supplies like syringes, IV bags and pain meds, and the need to improvise with something else if and when they do—have forged an unprecedented level of teamwork. 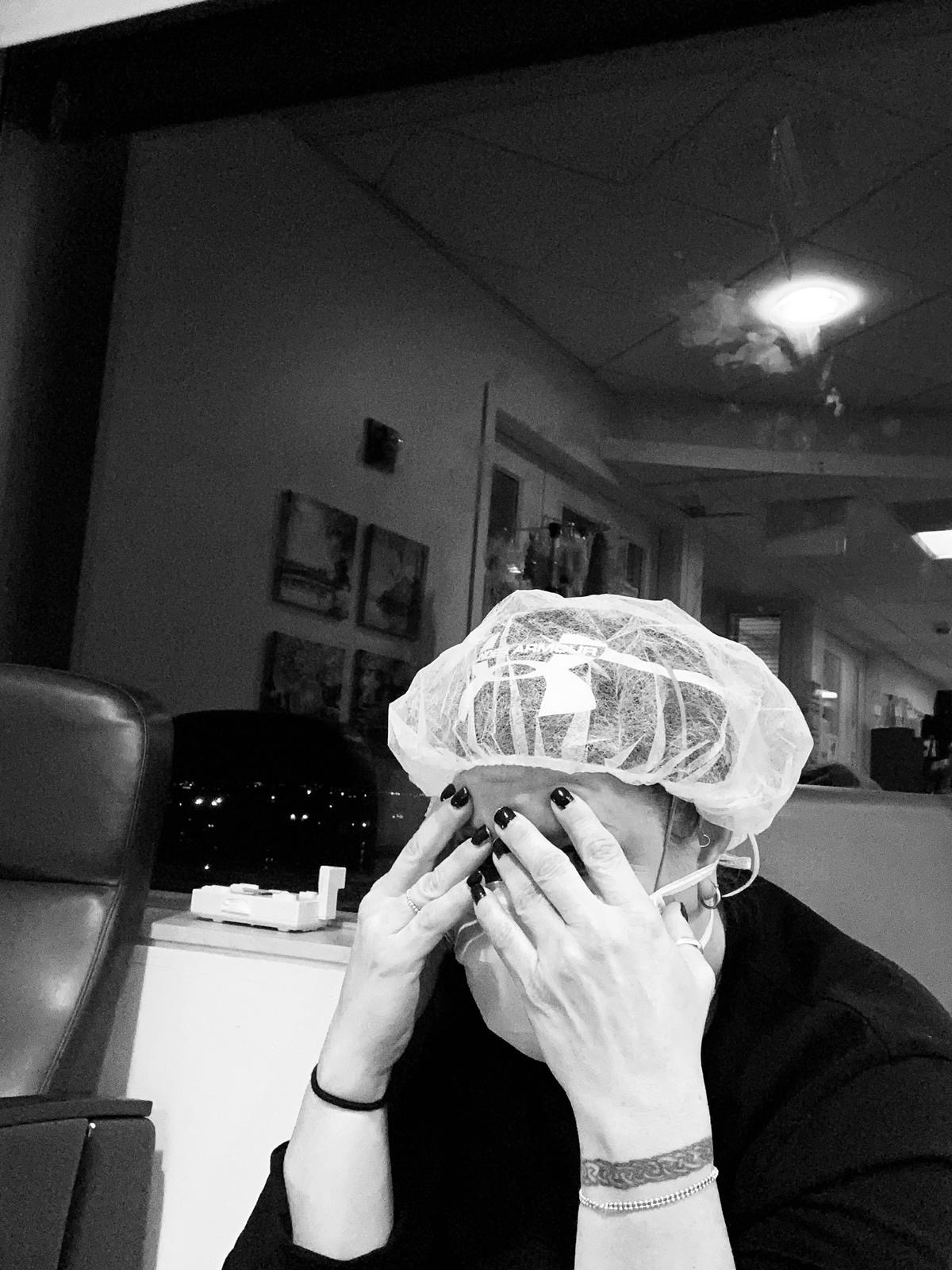 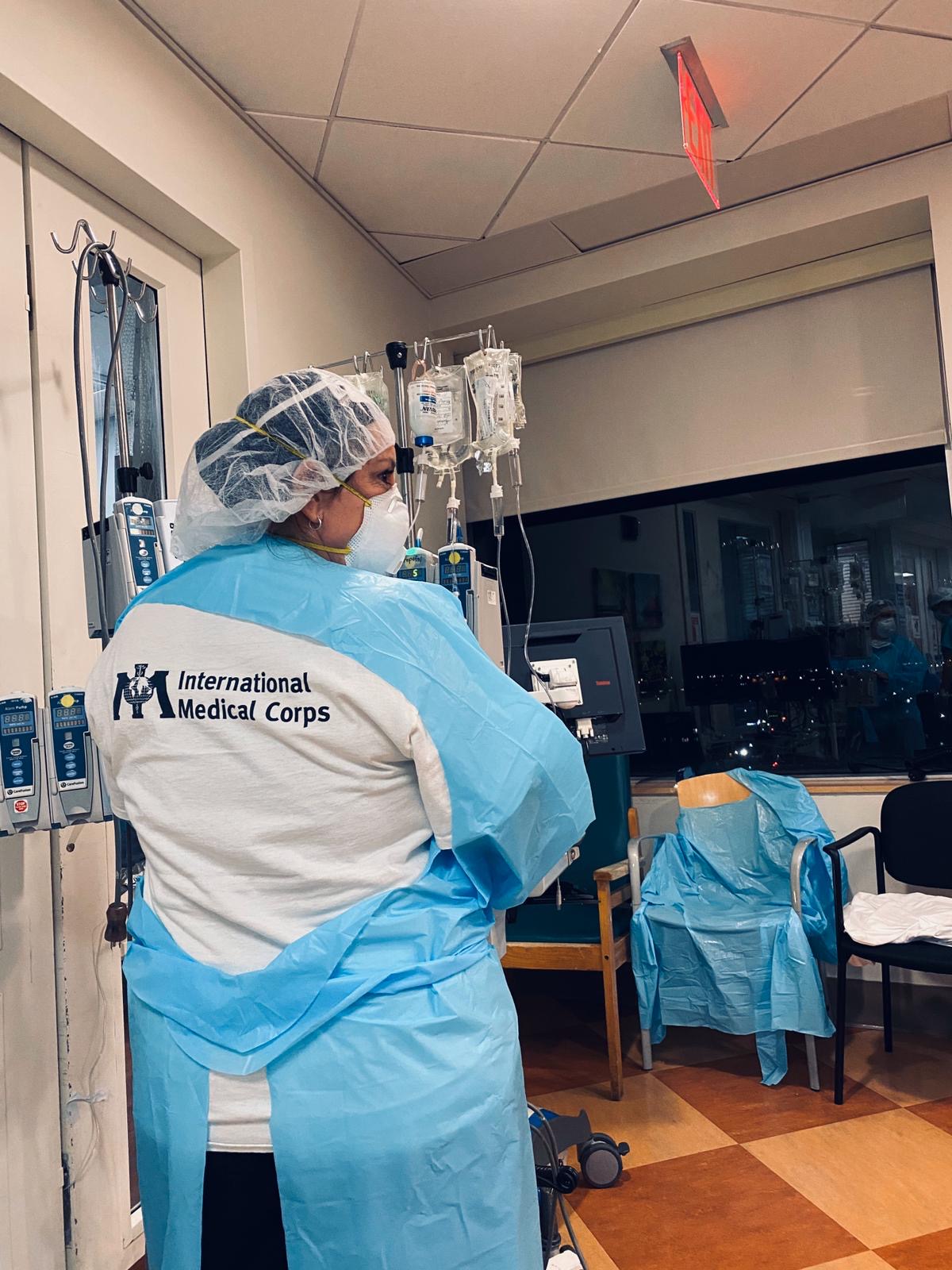 “Everyone pulls together, everyone feels responsible for every patient,” she explains, noting that the staggering loss of life has contributed to team cohesion. Bowen says she lost 10 patients during a week of night shifts at the hospital, three of them in one night. Despite such adversity, she believed the enormity of the crisis and the searing nature of the experience could end up transforming those medical staff who endured it—for the better.

“It will make them better clinicians, better nurses and better human beings,” she explains. “We’ve learned we can do much more than we thought we could, and we can make do with substitutes if prescribed supplies or procedures are not available.” She notes that in normal conditions a nurse rarely takes charge of a patient placed on a ventilator; however, during the previous week, she had seen nurses caring for three such patients at a time.

“It’s amazing what they’ve managed to do,” she says.

The same could be said of all of International Medical Corps’ volunteers and other supporters over the course of our 35-year history.